Cheese Appreciation Day offers cheese enthusiasts from Annapolis to Adelaide a chance to participate in events celebrating the distinctiveness and cultural heritage of raw milk cheese.

Fun Fact #1: The beneficial bacteria in raw milk cheese can contribute to a strong immune system and may help improve allergies.
Fun Fact #2: Raw milk cheeses contain microbial species and native enzymes, which often are responsible for the complexity of flavors of these cheeses.

Cheese can be part of a healthy eating pattern, providing nutrients like protein and calcium, and raw milk cheese in particular has been associated with beneficial gut bacteria.

Traditional raw milk cheese-making has existed for centuries and reflects characteristics of local environments, terroir, and ﬂavors. Raw milk cheeses are prized for their deep flavor profiles. Made from milk that has not been pasteurized, or heat-treated, raw milk cheeses boast many of the flavor-rich enzymes (the “good bacteria”) that make a cheese unique and exciting. Pasteurization indiscriminately wipes out all the bacteria and can contribute to a sameness of flavor.

Raw milk cheeses have a unique, unmistakable taste that is often described as “terroir,” the “taste of place” that makes each cheese different. Like grapes grown on a particular hill, the raw milk of animals that graze in a specific meadow, tastes different from that made just a few miles away.

Also contributing to the flavor of raw milk cheese is the care with which the animals are raised. Such cheeses are usually made by small-scale artisanal producers from the milk of a single herd. Small cheesemakers are declining in numbers, and their cheese and traditions are vanishing with them. At Tastings, we support small cheesemakers by introducing you to cheese you can’t get anywhere else.

Many of the world’s most prized cheeses are made from raw, unpasteurized milk. How many of these have you tried? 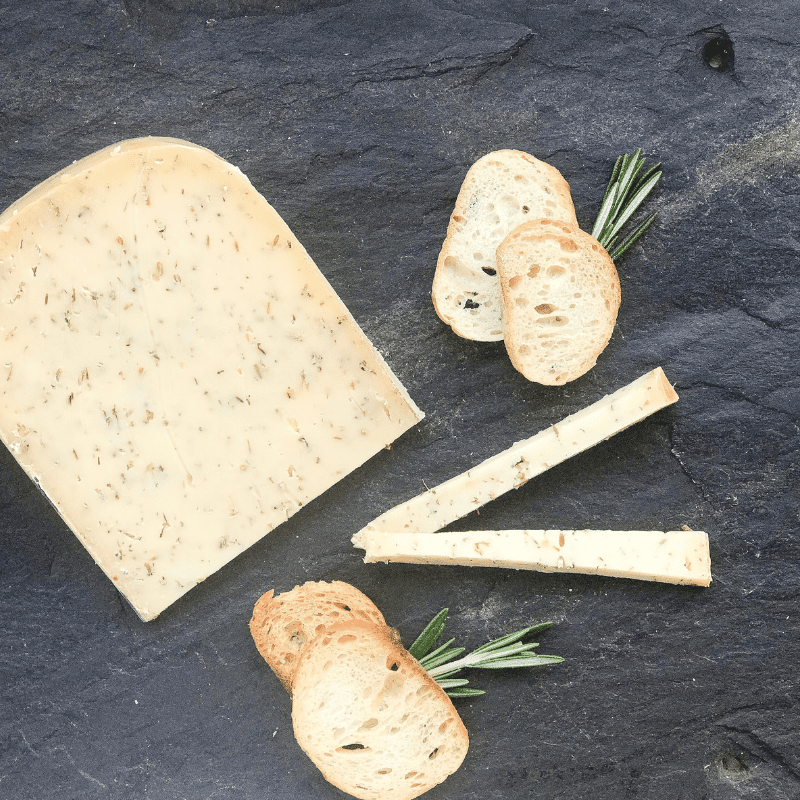 This limited-edition gouda is infused with French lavender, thyme, and rosemary and is made from raw, hormone-free, cow’s milk. Its rich creaminess is a result of the unpasteurized milk, and lavender and other herbs lend it a distinctive floral taste. Lavender is one of the food trends of the year: it’s the flavor of spring!

Comté (pronounced con-tay) has a PDO designation – Protected Designation of Origin – from the European Union. That means it can only be made in a particular area of France (Jura) and can only be made from the milk of cows that live within a few miles of the cheese producer. Each round of cheese has a distinctive terroir – the flavor that comes from the place it is produced.

Origin: France (Jura region)
Milk: Raw cow
Rennet type: Animal
Rind: Natural
Age: 3 years
Look: Made in 80-lb. wheels, the color of Comté varies dependent upon the cheese’s age and what the cows were fed. It is typically pale yellow. As it ages, crystals form.
Feel: Creamy, dense, firm, grainy, smooth
Smell: Fruity, spicy
Taste: Like brown butter. Also nutty, earthy, fruity.
Pairs well with: A versatile cheese, it is a delight all by itself but really comes to life when added to polenta, mac and cheese, or atop vegetables. It’s a great melter and terrific with fondue or in a Croque Monsieur.
Tastes good with: Rhone reds 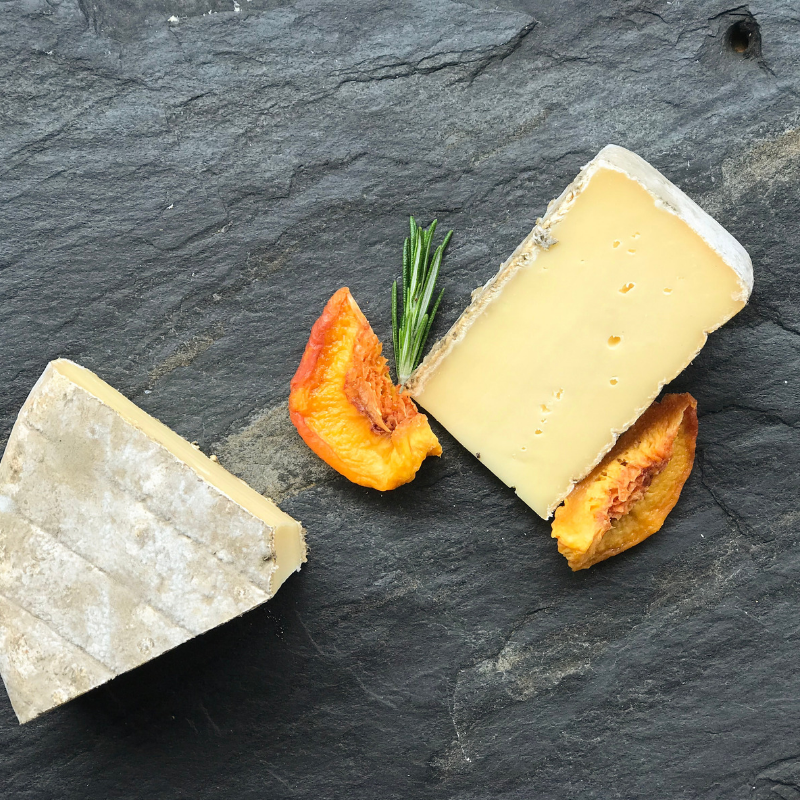 A simple, natural-rinded cheese inspired by the French Tomme de Savoie, Cumberland is even better than the original. Who knew such amazing cheese could come from Tennessee? Cumberland was Sequatchie Cove Farm’s first foray into cheesemaking, and one taste will tell you that it has been made with great care and from the finest milk.

Named best in its class at the 2017 US Championship Cheese Contest, Cumberland has a big mouthfeel and lingering tastes of butter and citrus. It’s a great all-around cheese, and its versatility makes it ideal for your kitchen as well your cheeseboard. Try it melted on grits. Stir it into your favorite mac and cheese recipe. Or make this delicious Roasted Cherry Tomato & Scallion Tart in a Whole Wheat Cumberland Cheese Crust or a Root Vegetable Cheese Pot Pie

You’ll love this Savoie of the South!