Here’s a cheese twist on the expression, “Don’t judge a book by its cover”:  Don’t judge a cheese solely by its aroma.  DO try cheeses that are aromatic (“stinky”)! The most aromatic cheeses are those that are washed rind cheeses, and they are among the most delicious.

Washed rind cheeses are washed with brine or alcohol to discourage the development of certain molds or bacteria. The washing leads to a beautiful reddish-orange rind and a cheese that is aromatic, sticky, and moist.  That gorgeous rind is caused by Brevibacterium linens, a bacterium that grows in that wet, briny environment and leaves behind the pungent odor.

Washed rind cheeses are often mild.  In fact, their bark is often worse than their bite. For the uninitiated, the smell can make you bolt for the door, but, like a shiny pearl in a barnacle-covered oyster shell, what lies inside is cheese nirvana. Read more

Here are three great ones to try: Two are old-world favorites, and the other is a new cheese made 275 miles from Tastings. 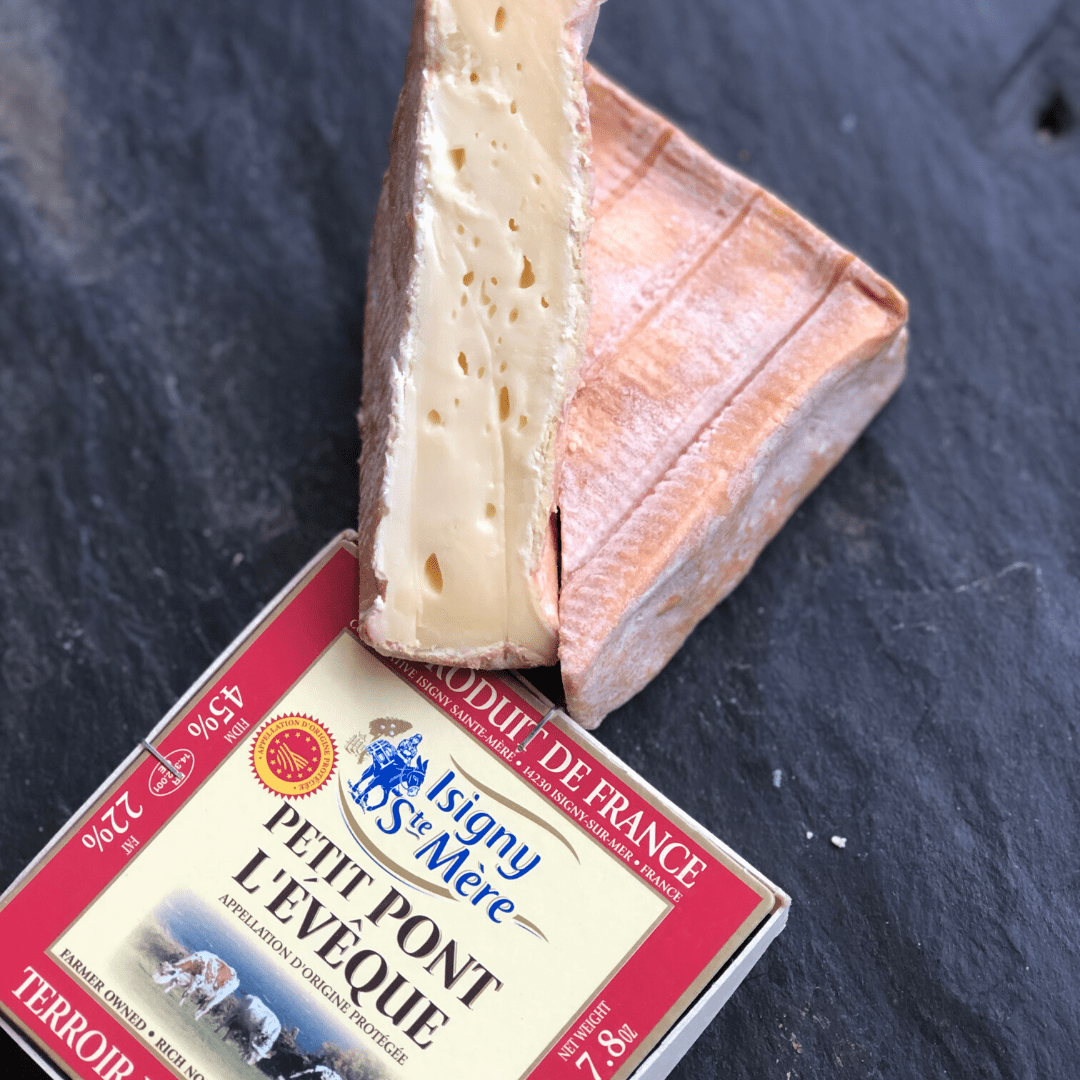 This melt-in-your-mouth cheese is similar to a Camembert, but the rind is washed before aging with a brine solution. You’ll love its unctuous texture and beautiful orangish rind. The taste will remind you of hazelnuts. And do eat the rind: you’ll be treated to flavors of butter, crème fraîche, and dried fruit. This square-shaped beauty is packed with flavor.

Made since the 12th century, Pont l’Eveque is one of the world’s most treasured cheeses. It was originally created in an abbey and made for centuries by Cistercian monks. Since Cistercians were forbidden to eat meat, they turned to cheese for sustenance and eventually found a market for the cheese. Its name comes from a bridge in a small seaside town in Northwestern France. (Pont means bridge in French.)

It was granted PDO status (Protected Designation of Origin) in 1976. Its tightly controlled manufacture ensures the cheese will maintain its reputation for high quality and consistency.

It is generally enjoyed as a dessert cheese, but it also would be delightful anytime or in a recipe. Add it to crêpes or to quiche with leeks or spinach for classic French taste. 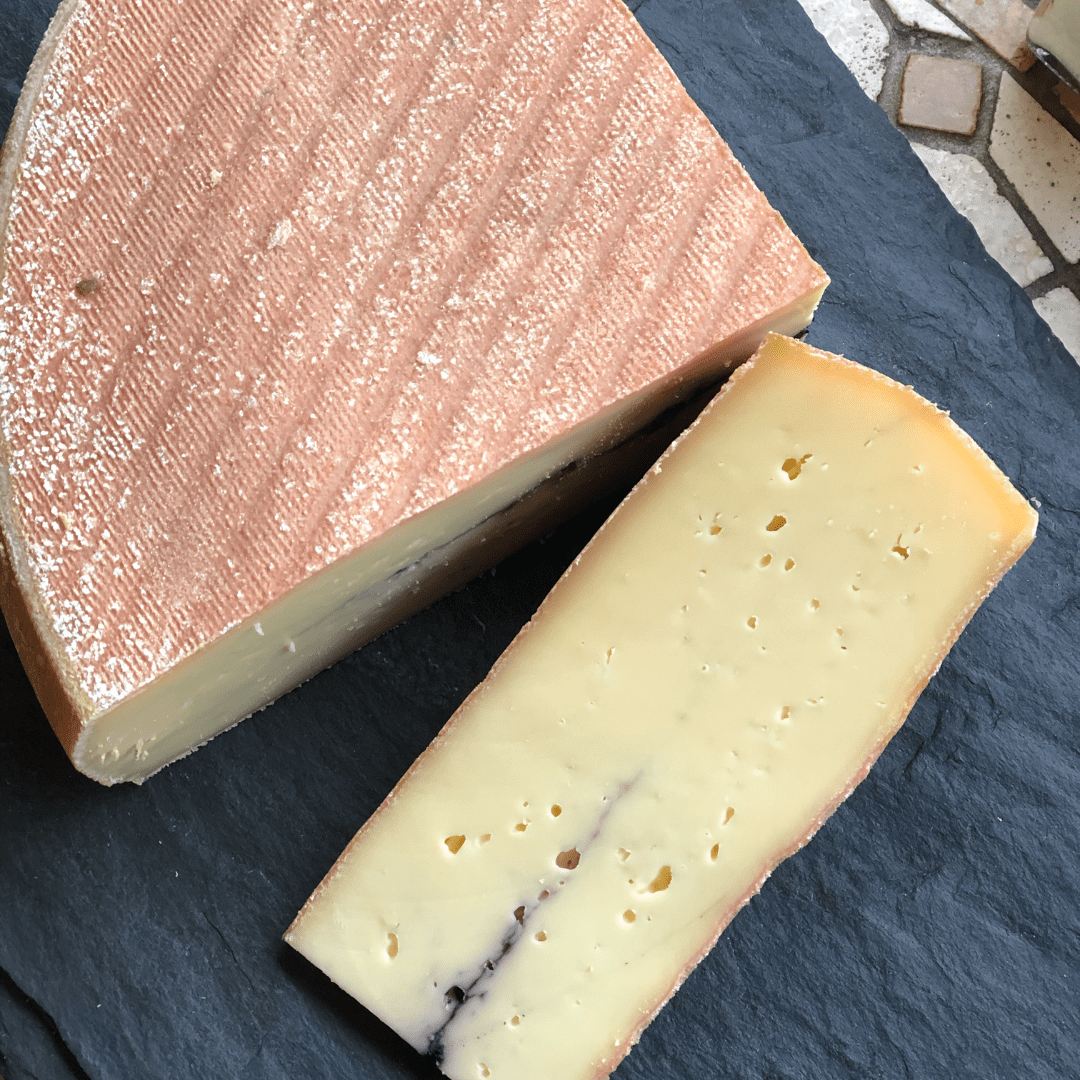 Montboissie closely resembles the beloved cheese Morbier and has a similar aromatic washed rind cheese with a surprisingly mild flavor. Purely decorative, an ash line from red Burgundy grapes runs through the middle of cheese. Traditionally, the ash was used to separate morning and evening milk in the two layers. The result is a creamy, buttery and slightly earthy bite that is best enjoyed with crusty bread and a glass of wine!

Produced in the Jura Mountains, Montboissie dates back to the 19th century when producers of Comté decided to use leftover curds to make a cheese just for themselves. The ash separated the morning milk from the evening milk, prevented insects, and kept the cheese from drying out.

As part of the aging process, the cheese is washed with brine to help it form a protective rind. The rind has a delightfully stinky (in a good way) and assertive aroma, but the cheese’s taste is mild with earthy and nutty notes. Fans of Gruyère and Comté will enjoy Montboissie, a close cousin. And mac and cheese fans will swoon!

This distinctive looking cheese will look fabulous on your cheeseboard. 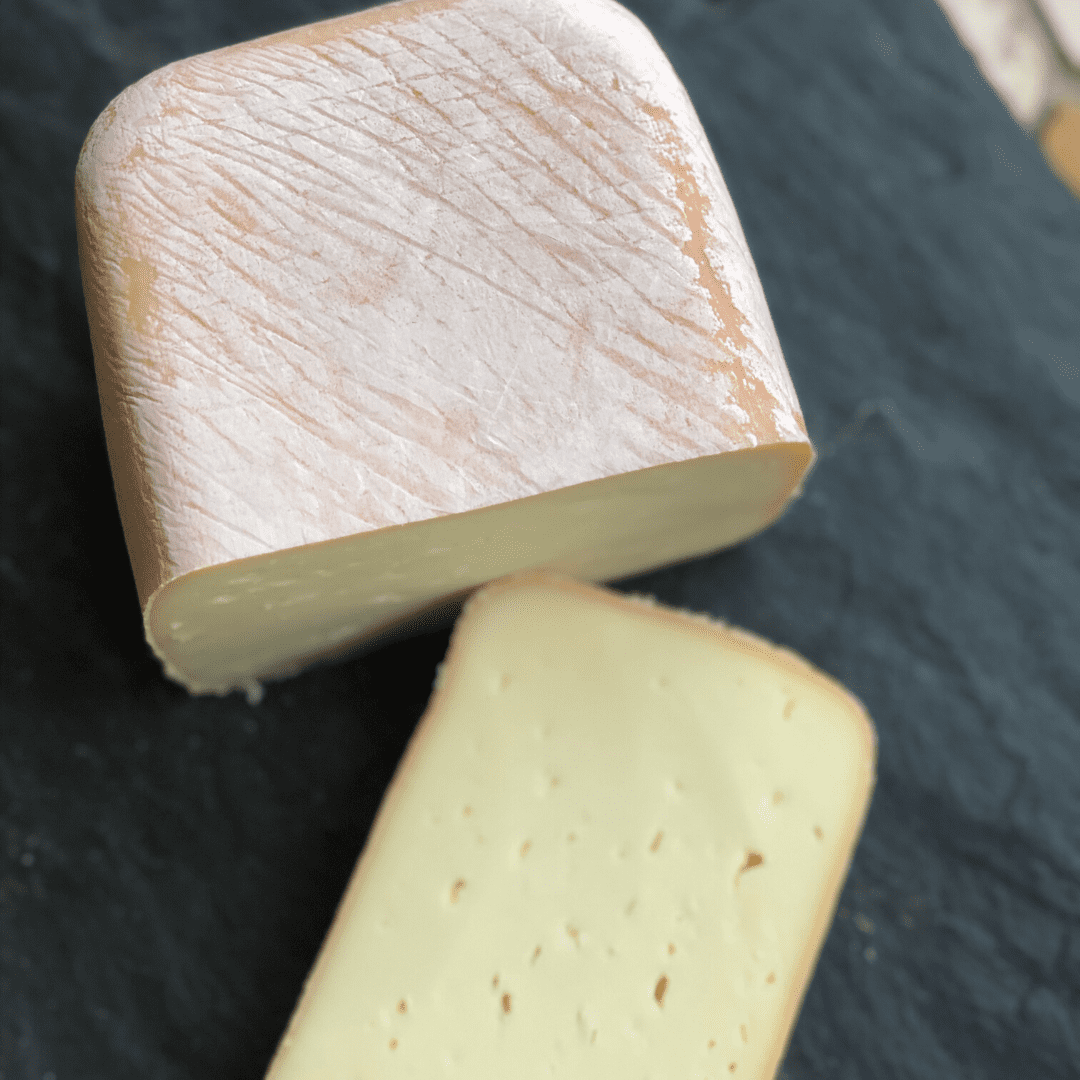 Great cheese starts with great milk. Goat Rodeo Farm, a small, relatively new creamery with a herd of more than 100 Alpine and Nubian dairy goats, is known for its excellent milk.  Goat Rodeo has already developed an excellent reputation for its artisanal cheeses. This fall, its Bamboozle cheese, which is made from its own goat’s milk and with cow’s milk from neighboring Le-ara Farms, won the blue ribbon for washed rind cheeses from the American Cheese Society.

Cheesemakers India and Steve Loevner started it all with one goat, and then another. Before long they were selling milk, and then they turned their attention to making cheese. They found their calling and soon were making some of the region’s finest chèvre and innovative aged cheeses. All Goat Rodeo’s cheeses are made by hand.

Bamboozle is lovingly washed in beer twice a week during the aging process. The beer, a pilsner from Cinderlands Beer Co., keeps the cheese moist and encourages the growth of yeast.

The cheesemakers keep a watchful eye on the cheese and adjust as needed. You can’t get this kind of attention in a mass-produced cheese. For all the deets on how the cheese is made, see How Goat came up with a winning cheese.

The result of all this loving care is an aromatic flavor bomb you’ll want on your cheeseboard or added to a burger. I’m listening now to Frank Zappa’s Bamboozled by Love as I grill turkey burgers. Can’t wait to add the cheese!