Triple crèmes are the triple play of the cheese world. They are, quite simply, the “crème de la crème” of cheese. The exciting buttery taste of a triple crème cheese rivals the thrill of seeing the opposing team hit into a triple play. And, to mix our sports analogies, this week’s trio of cheeses delivers a knockout punch!

Our three cheeses this week are triple crèmes, meaning more cream is added to the already rich milk to achieve the required 75 percent butterfat. Taste these and get ready for some serious decadence. Imagine the perfect balance of whipped butter and salt…

The three exquisite cheeses we’re sampling this Saturday are intended to delight your palate and make you moan with happiness. Get ready to be seduced. 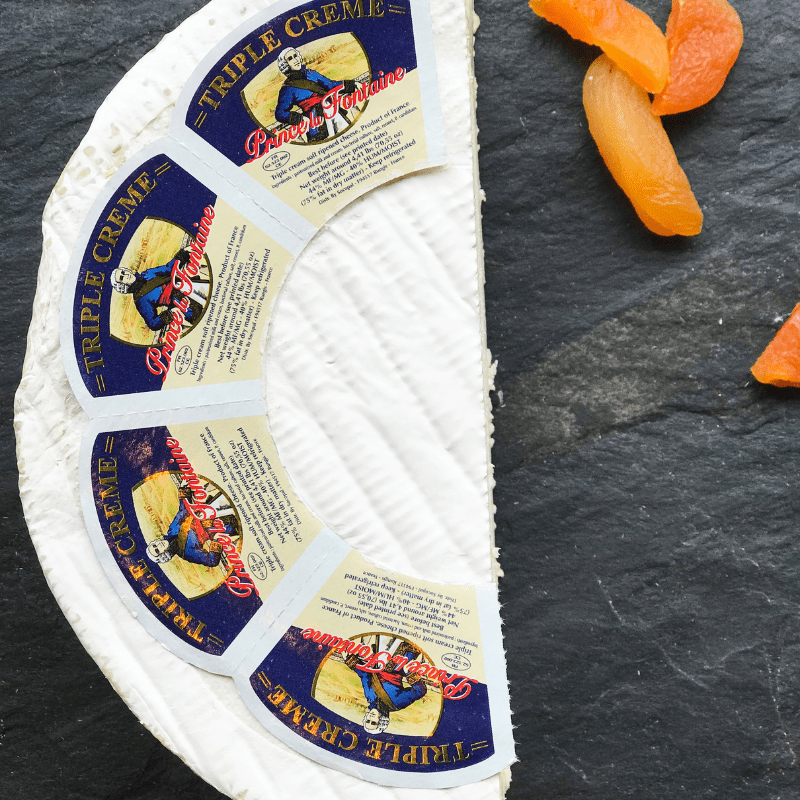 Prince La Fontaine is one of France’s outstanding triple-crème cheeses. It has a mild, creamy outer layer and a slightly cake-like center.  And it tastes like solidified whipped cream.  What’s not to like???

Similar to Délice de Bourgogne, the cheese pairs well with Amarena cherries in syrup and spiced pecans.  The Prince makes a luscious dessert cheese when paired with chocolate or strawberries, or enjoy it anytime just by itself.

Like all triple crèmes, Prince La Fontaine has a butterfat content of at least 75 percent.  Keep in mind though that the 75 percent refers to the amount of fat in dry matter. As a young cheese with a fair amount of moisture, its total fat content is around only 39% as its total weight can be close to 50% water content.  A Parmigiano Reggiano, which has little moisture, has a total fat content of 30 percent, and so don’t think of a triple crème as a diet buster.  A nice spread of Prince La Fontaine on a cracker is roughly equivalent to a piece of Gruyere, Parmigiano, or Cheddar on the same cracker. 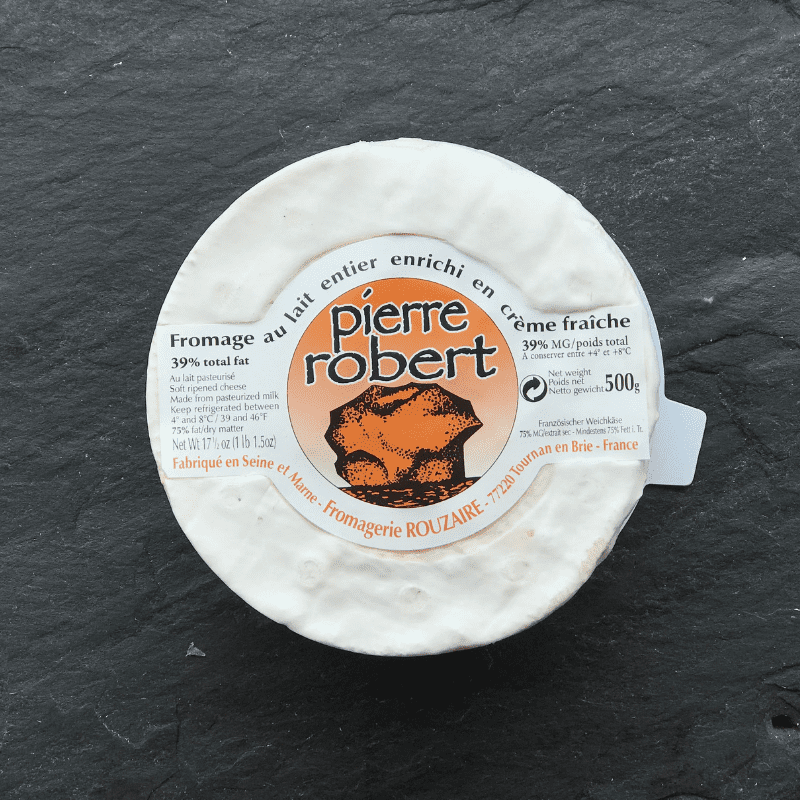 A relatively new cheese, Pierre Robert was created when French cheesemaker Robert Rouzaire and his friend Pierre experimented with a cheese they had long produced but had grown a bit tired of:  Brillat-Savarin. They added additional cream and aged it longer in their caves, which resulted in a more intense flavor and a rich, melting center.

This super decadent triple-crème cheese begs to be spread on a cracker or a slice of baguette.  With a fat content of 75 percent, this buttery dream-baby of a cheese will make you swoon over its meltingly rich lusciousness.  The slightly sour cream-like tang melts in your mouth when the cheese is young. As it ages, it gets even richer and tangier.  With age, the rind thickens and the interior paste gets darker.  It would look lovely sitting on your cheeseboard, tempting guests with just one more taste on one more cracker. 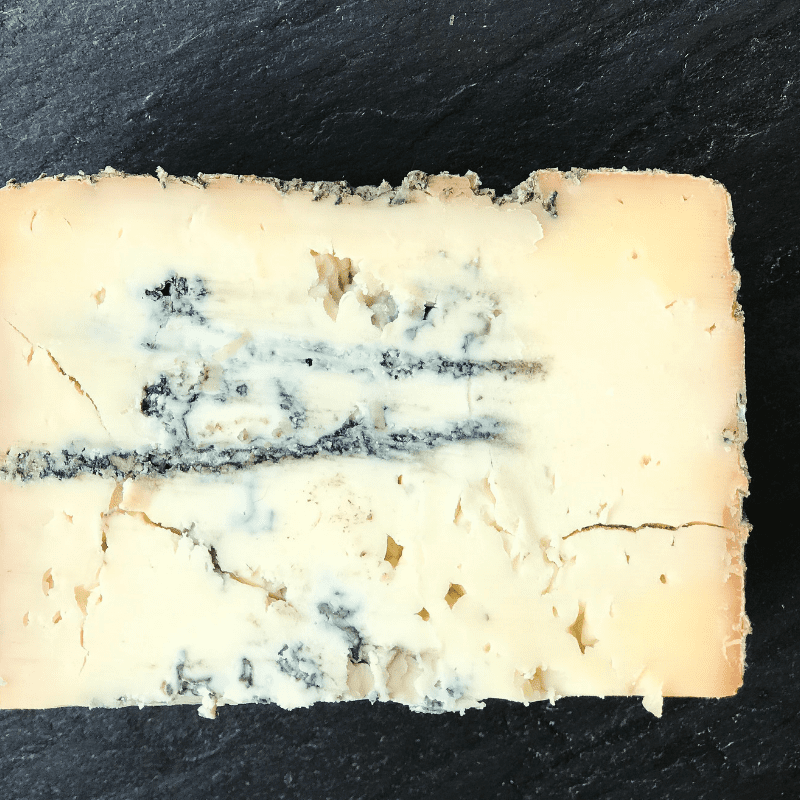 Kapiti Kikorangi, meaning “sky blue” in Maori, is an intense and decadent triple crème cheese from New Zealand.  Milk from 100 percent grass-fed cows gives it a golden color and buttery texture, and its river of blue veins will excite your taste buds and please your eyes.  The savory flavor is the perfect balance of acid and sweet that grows more intense with age. It compares well with Stilton and Cambozola Blue with Its creamy finish and piquant flavor. And its beauty cannot be denied.

Kikorangi is less pungent than most blue cheeses, and that’s because it has a high butterfat content.  It makes an excellent peach and blue cheese salad. Or a fabulous addition to your cheeseboard.

This artisan cheese is new to the U.S. but has long been loved in New Zealand.  In fact, it is New Zealand’s most awarded blue cheese and was recently honored with the “Champion of Champions” at Cuisine NZ Champions of Cheese Awards.