To Brie, or not to Brie

That is the question.

Take a look at the cheese case in supermarkets and you will undoubtedly see an array of soft, white, bland cheeses masquerading as “brie.”  Don’t be fooled by these imposters! Authentic Brie offers a lovely dosage of savory, mouthwatering, creamy, milky flavors and melts on your tongue with a sensuous feel unmatched by mass-produced imitators.

Brie is one of the great achievements of French cheesemaking and dates, by legend, to the fifth century.   To produce Brie’s soft, moist, velvety texture, the curds are cut large, carefully hand-ladled into molds and drained without pressing. The mold, Penicillium candidum, is added to the milk or sprayed on the fresh wheels allowing the cheese to develop its characteristic thin “bloomy” white rind.  In French, “bloomy rind” is called croute-fleurie or “flowering crust.”  The mold is largely responsible for ripening Brie, breaking down the milk proteins and softening the cheese from the outside in until it becomes soft and creamy throughout.  A gentle press in the center of the wheel will reveal its ripeness. 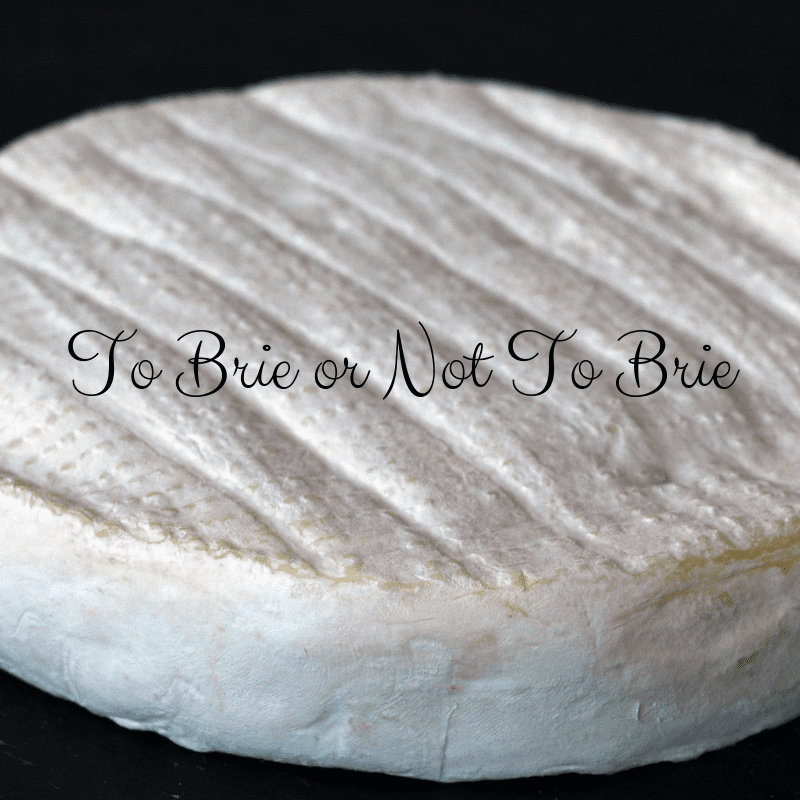 Of the many types of Bries, the top two are Brie de Meaux and Brie de Melun and are produced “au lait cru”, (with raw cow’s milk.)  Brie de Meaux is, without question, the finest, certainly the best known and rightly named Le Roi de Fromages –The King of Cheese.  Unfortunately, U.S. laws prohibit these delicious cheeses from entering our country; however, for a near-luxury experience, I highly recommend the following pasteurized versions.

Fromage de Meaux [fro-maj-duh-MOH] Fromage de Meaux is produced in exactly the same way as Brie de Meaux, with the exception that it is pasteurized. The AOC status awarded to Brie de Meaux in 1980 stated that all cheeses must be made from raw cow’s milk. Therefore, in order to satisfy the huge demand for this cheese as well as comply with US import regulations concerning raw milk cheeses, Robert Rouzaire of Tournan-en-Brie compromised and made an equally delicious version with pasteurized milk for export that is very close to the original.  As with Brie de Meaux, the characteristics of Fromage de Meaux are luxuriously rich, buttery and smooth, with burgeoning flavors that fill the palate in a balanced and creamy way. Aged for 4 to 6 weeks, it develops a complex flavor of mushrooms, truffles and ripe fruit.  Packed in a large wooden box it’s the largest format of all the Bries.  Pair Fromage de Meaux with unoaked or lightly oaked Chardonnay or Pinot Gris or medium-bodied red wines with moderate tannins, such as Syrah and Merlot. 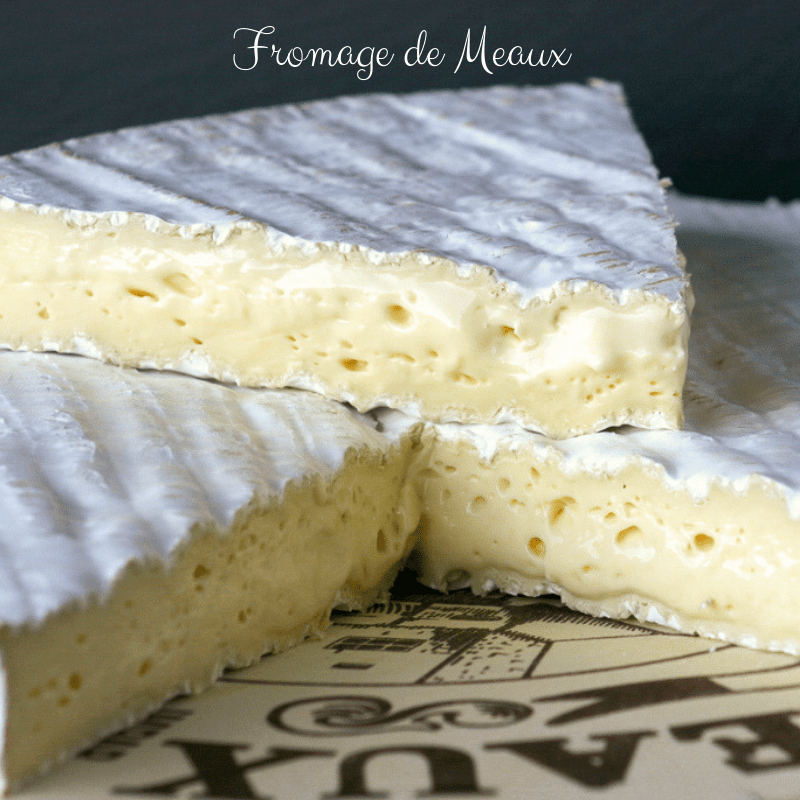 Brie de Nangis [BREE-duh-nahn-GEEZ] Brie de Nangis almost disappeared from production but has seen a revival over the past few decades and Rouzaire, master of soft-ripened cheeses, is now the only Brie de Nangis producer in France.  A little smaller and hence quicker to ripen than its bigger and better-known brother Brie de Meaux, Brie de Nangis is smooth and has a slightly chalky center that becomes creamy with age.  Packed in a nice little wooden box, it leaves France and lands in our specialty cheese shops in prime condition; young with a furry white rind and a firm milky and sweet center.  I like to let this cheese age a bit longer to produce a lip-smacking, creamy, supple texture.  Pair Bris de Nangis with a Sauvignon Blanc and bigger reds such as Merlot. 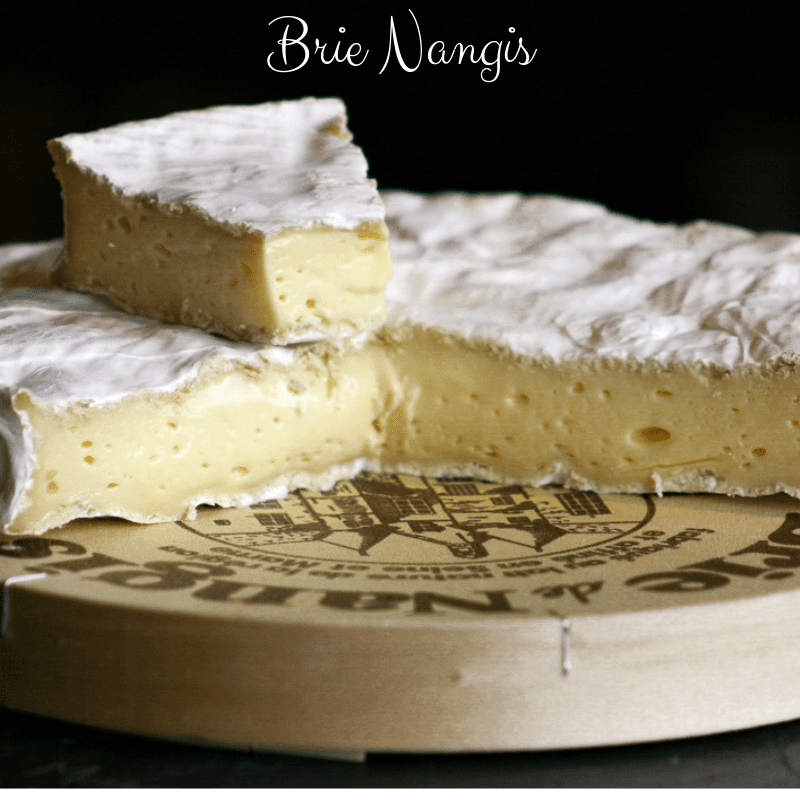 Coulommiers [KOO-lum-ee-yay] Coulommiers is as much an ancient and true Brie as Brie de Meaux and Brie de Melun, but it does not have A.O.C. status.  Though the differences may seem trivial to us, the reason for this is that there is no standard recipe or uniform size agreed upon by its various producers, thereby disqualifying it from name-controlled protection.  Like all the artisanal cheeses of the Brie family, the best Coulommiers are made from pure, high-quality cow’s milk of local herds.  Encased in a thin rind of bloomy white mold, the creamy paste has the color of freshly churned butter and tastes milky with a slight nuttiness.  Coulommiers pairs well with White Burgundy (Chardonnay), Sauvignon Blanc (California or Languedoc), or even Merlot.

Fougerus [FOO-zhay-ROO] Robert Rouzaire created this delicacy whose name comes from the French word for fern, fougere.  Similar to Coulommiers and slightly larger, Fougerus has a mild, creamy, smooth, soft paste that begs for a piece of crusty French baguette.  The rind has a slight orange tinge with a dusting of white mold.  Each 6-inch disk is adorned with a sprig of fern leaves from nearby fields that blends an earthy perfume with the mushroomy flavor of the cheese.  It’s an all-out sensory experience.  Fougerus is most successfully paired with light-bodied, softer red and white wines such as Vouvray, Sauvignon Blanc-Semillon blends and Beaujolais cru. 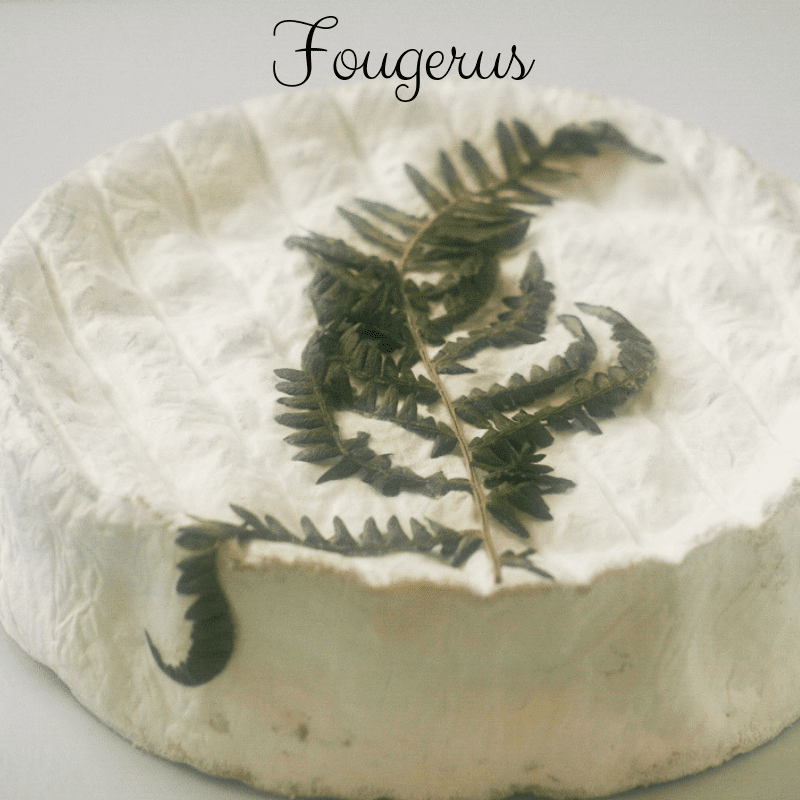 Brie will always let you know where it is in its lifespan. A classic French Brie becomes slightly rusty on the rind, but the paste should look light yellow and bulge when perfectly ripe, not runny and oozy. Warning signs of over-ripeness are discoloration, odd texture, or the smell of ammonia. The rind should be slightly rough, light brown, and covered in white mold. Avoid any that have grey on the edges between the rind and the cheese; it’s very likely overripe and too strong.

Genuine French Brie is a celebration and once you’ve tasted one, you’ll see why faux “bries” aren’t even in the same league.  If you aren’t running for your passport, then run to your nearest cheese shop and have a taste for yourself.