Not since the British invasion of 1964 when the Beatles first appeared on our shores have we so willingly succumbed to things British. Forget Big Ben, Buckingham Palace, and red buses, here are three British cheeses to get excited about.  They put the GREAT in Great Britain! 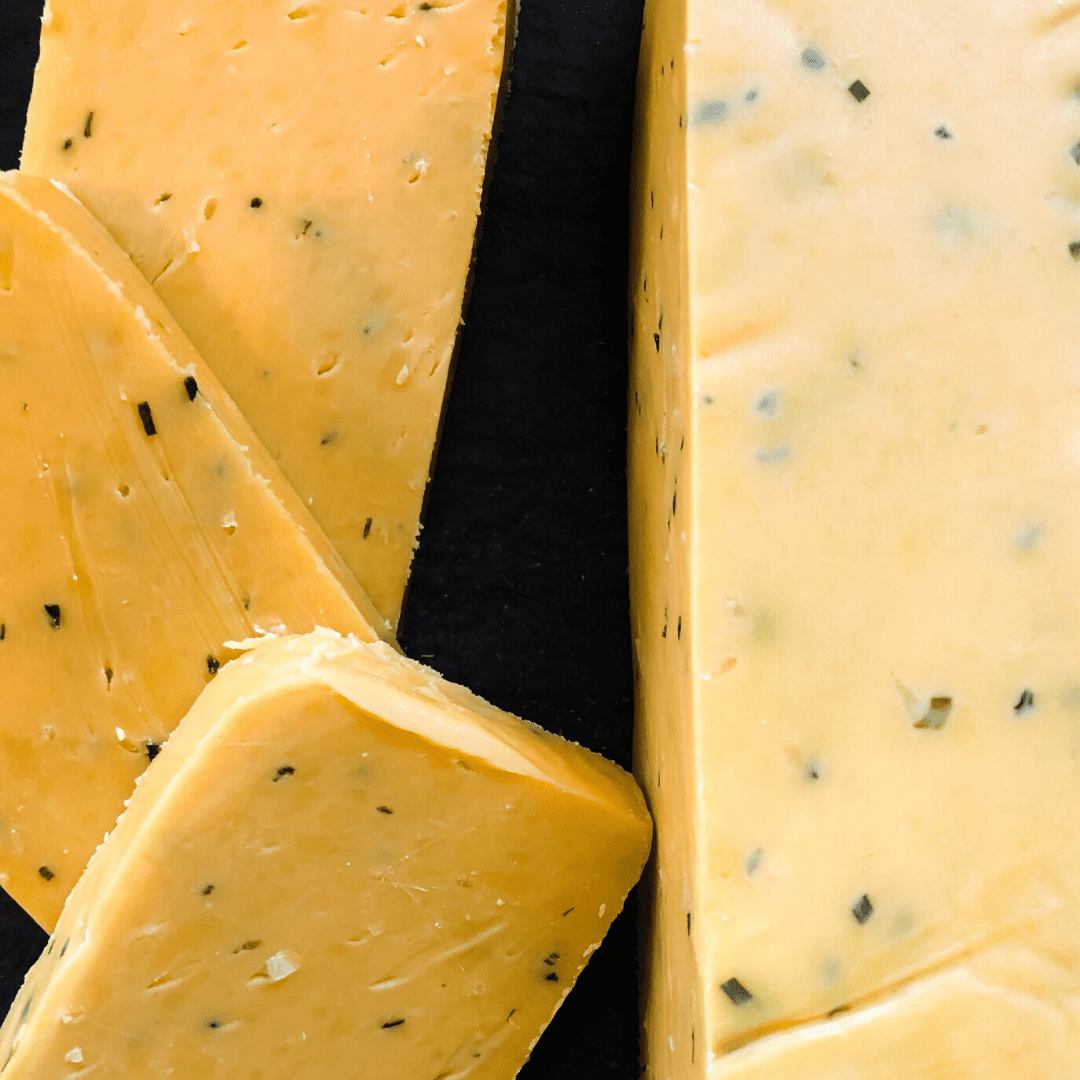 If you’ve ever eaten in a pub in England, you may have tasted Cotswold cheese there.  It’s traditional pub cheese that pairs well with beer or hearty reds. Cotswold is a variation of Double Gloucester, but is jazzed up with the addition of chopped onions and chives for added flavor and zing.

First launched in the 1970’s by the Clawson Dairy, it is a regional favorite in the picturesque area of England known as the Cotswolds. The sprinkling of chives and onions contributes to the cheese’s beauty as well as its aroma and lingering taste. Try it on a sandwich or add it mac and cheese or a burger.  Imagine this savory goodness on nachos!

Sweet and complex, Red Storm is blessed with intense flavor and comes all dressed up in a bright purplish-red wax. Red Storm has a wonderful crystalline nutty texture and is possibly the best Cheddar this writer has ever tasted.  It’s a small cheese but walks with a lot of swagger.

Red Storm, a Red Leicester from Snowdonia Cheese Company in North Wales, is taking the cheese world by storm (ahem) and has won several awards already. 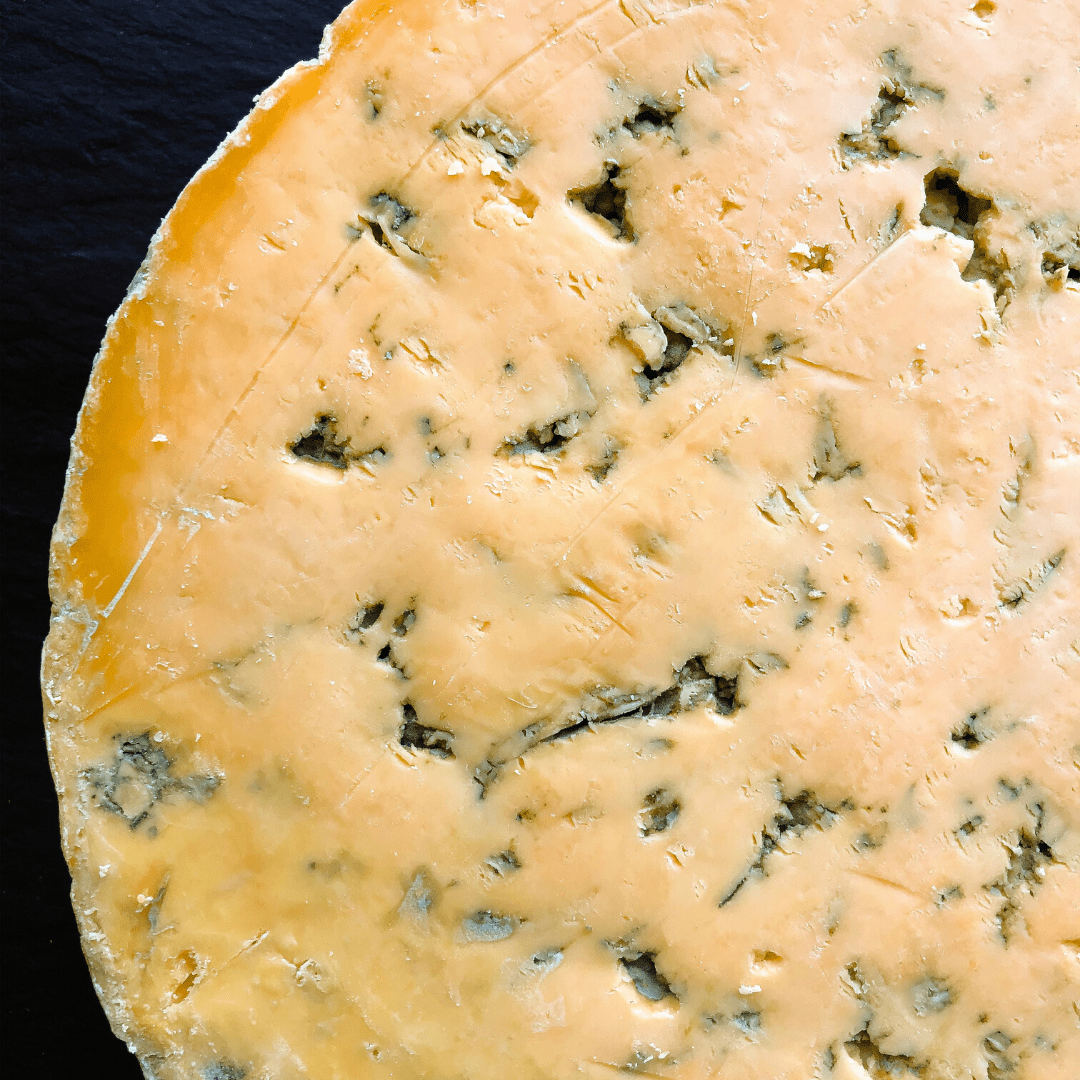 Similar to Stilton but with a carrot-colored paste, Shropshire Blue has blue veins spread throughout the cheese.  It is also somewhat milder in flavor than Stilton and on the sweet side.  Shropshire Blue is creamy and smooth. And it’s an award winner: Shropshire Blue received the highest honor at a recent British cheese awards competition.

From Colston Bassett, England’s premier maker of Stilton, Shropshire is made using traditional methods – no shortcuts are used.  Its distinctive orange color comes from annatto, a natural food coloring derived from the seed of theachiote tree that grows in South America.