Kick up your heels!  It’s time for some great cheeses from Ireland in honor of St. Patrick’s Day!

When you think of St. Patrick’s Day, you probably think of corned beef and cabbage. But here are a couple of great Irish treats that will have you thinking of Irish cheese.

Our cheeses this week are some of the best available from the Emerald Isle — or anywhere! They’ll taste great with Irish Soda Bread or plain crackers. And they’ll taste even better when accompanied by Irish music. 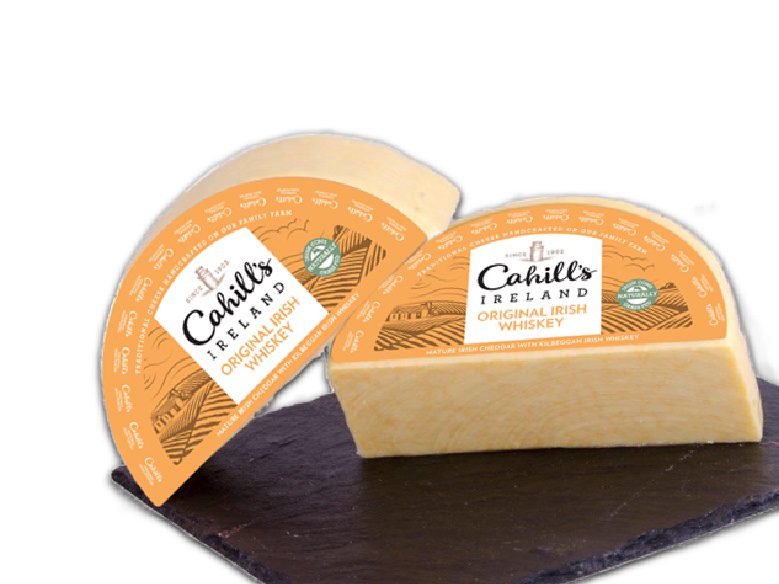 Cahill’s has been making Cheddar since 1902. Today, the fourth generation of Cahills has created interesting and delicious variations, including this amazing whiskey-laced version.

The addition of Kilbeggan Irish Whiskey from the Coley distillery in Co. Louth, gives the cheese a beautiful mottled, golden color and a savory taste of whiskey that doesn’t overwhelm the Cheddar. The smooth, woody taste of pure Irish whiskey imparts a wonderful, savory flavor.

Cahill Whiskey Cheddar is produced on the Cahill farm and is only made in small batches. The cheese is made from pasteurized milk from grass-fed Irish cows, and it has won numerous awards from throughout the world. It would be great on your cheeseboard or in sandwiches or on pasta. 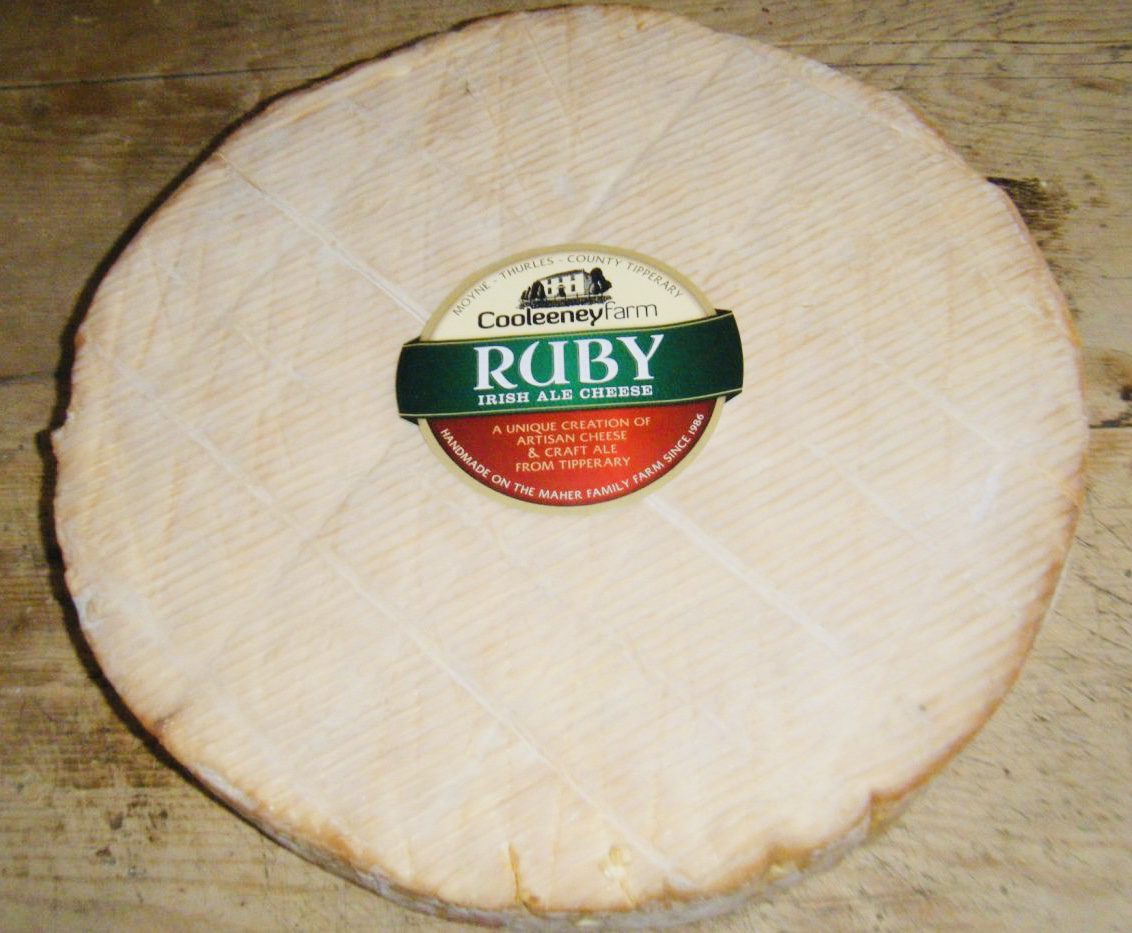 Ruby is a delight: it is creamy and savory and packed with flavor. You’ll find it to be similar to a Brie, but the Ale sets it apart. Bathed in locally crafted Ale by The White Gypsy brewery in a nearby village, Ruby has an earthy, malty taste with a long finish.

Four generations of the Maher family have worked the land at Cooleeney Farm in Co. Tipperary, and Cooleeney’s cheese continues to be made in the traditional way. No corners are cut. No modernization that could result in lost flavor.

Instead, the family pampers its pedigree Friesian dairy herd, keeps the cows in a clean, healthy environment, and provides them with the best of green pastures. The milk is of the highest possible quality and is used to produce incomparable artisan cheeses.

The farm has earned national and international awards for cheeses. And its environmental practices have also earned it kudos. 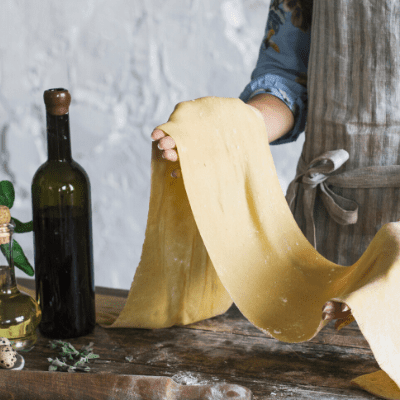 If you’ve ever wanted to make your own pasta, here’s a great opportuinty to learn from our own Stacey Adams. Stacey, executive chief and owner of Tastings Gourmet Market, will be leading an “epicurean adventure” at Great Frogs Winery on March 25.
For more information or to make reservations, click here.