Just in time for Halloween, we’re featuring three spook-tacular cheeses. This Saturday, we have three ‘boo-tiful’ treats — no tricks! From creepy Mimolette to a Cinderella of a cheese, you will find a cheese to die for. All jokes aside, please join us for a frightfully good time this Saturday! 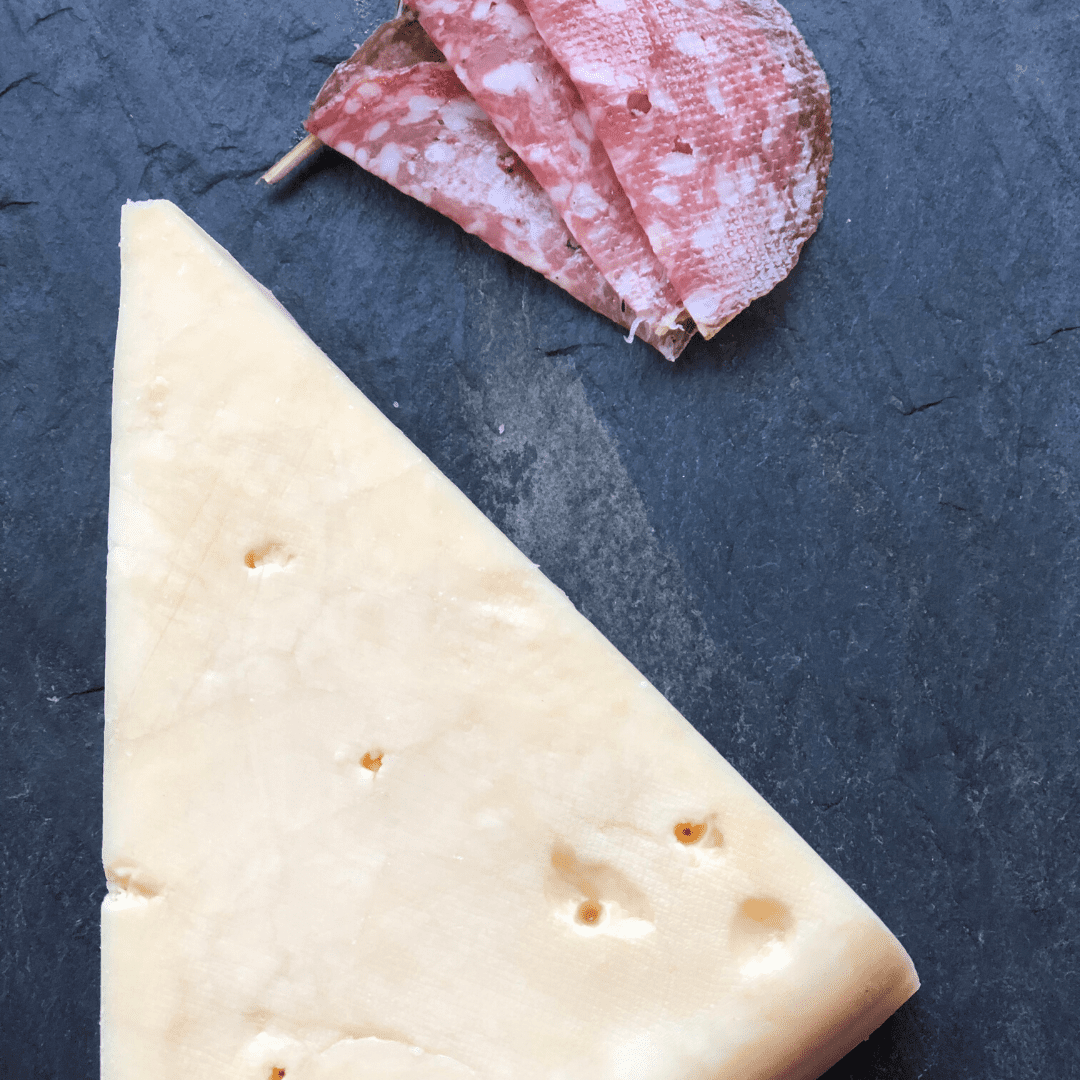 Time for a great treat! This 18-month Cheddar is ready to creep its way into your heart. The secret to its flavor is its long bath in J. Henry five-year aged Bourbon from Wisconsin. The Bourbon adds sweet notes of vanilla and cinnamon to the butterscotch and toffee flavors of the wood-box cured cheese.  The result is a cheese with amazing depth of flavor.

Try it with apples, dried cherries, and chocolate.  Red wine goes nicely with The Night Walker, but for a real treat, accompany the cheese with Port, Cognac, Stouts, or Porters.

Deer Creek is known for its innovative cheese, and The Night Walker is the latest of its small-batch cheeses. And it’s the gold medal winner in its class at the International Cheese Awards. We’re pleased to offer this limited-edition cheese. Get it while you can:  it won’t last! 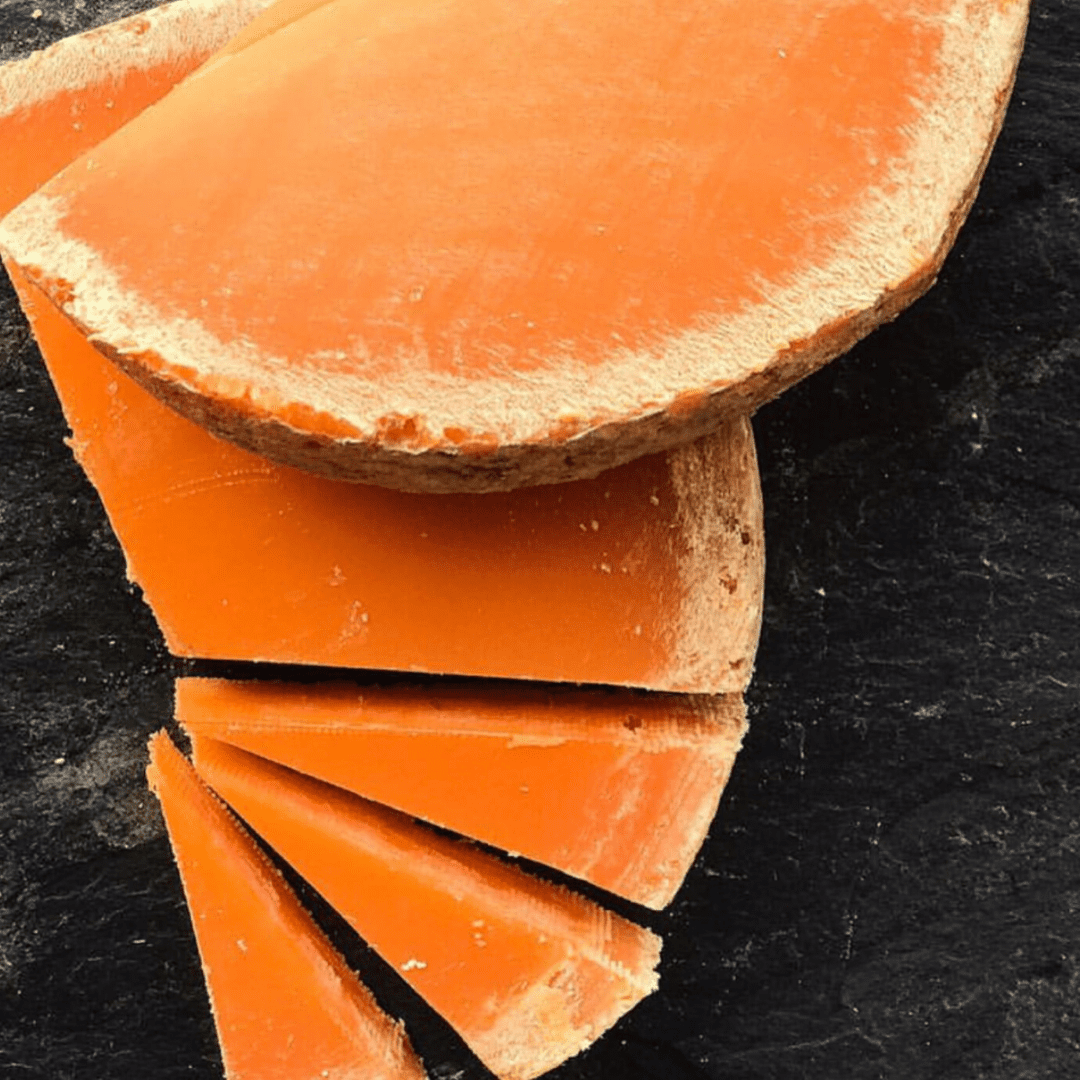 Mimolette has been a fixture of French cuisine for centuries.  Every cheese has a story, and few cheeses have better stories than this one.

It was first created at the direction of Louis XIV who was looking for a French cheese to replace the popular Edam cheese French people were buying from Holland.  Wanting to keep French francs in France, Louis had Mimolette created to resemble Edam.

Its bright orange interior is its signature, but its most intriguing characteristic is its exterior: the pockmarked rind is the result of the hard work of harmless cheese mites that gorge themselves while the cheese is aging (the mites are removed when their work is done). Their tunneling encourages air to flow into the cheese, thus creating its unique flavor of fruity nuttiness with caramel undertones.

Mimolette varies in taste and texture depending on its age.  The Mimolette we are featuring this week is the 16-month-old version, known as extra-vieille.  This extra-old cheese is nuttier and firmer in texture than younger versions. Its interesting texture and history and gorgeous red-orange hue make Mimolette a wonderful addition to your fall cheese platter.

You can learn more about how this fascinating cheese is made here. 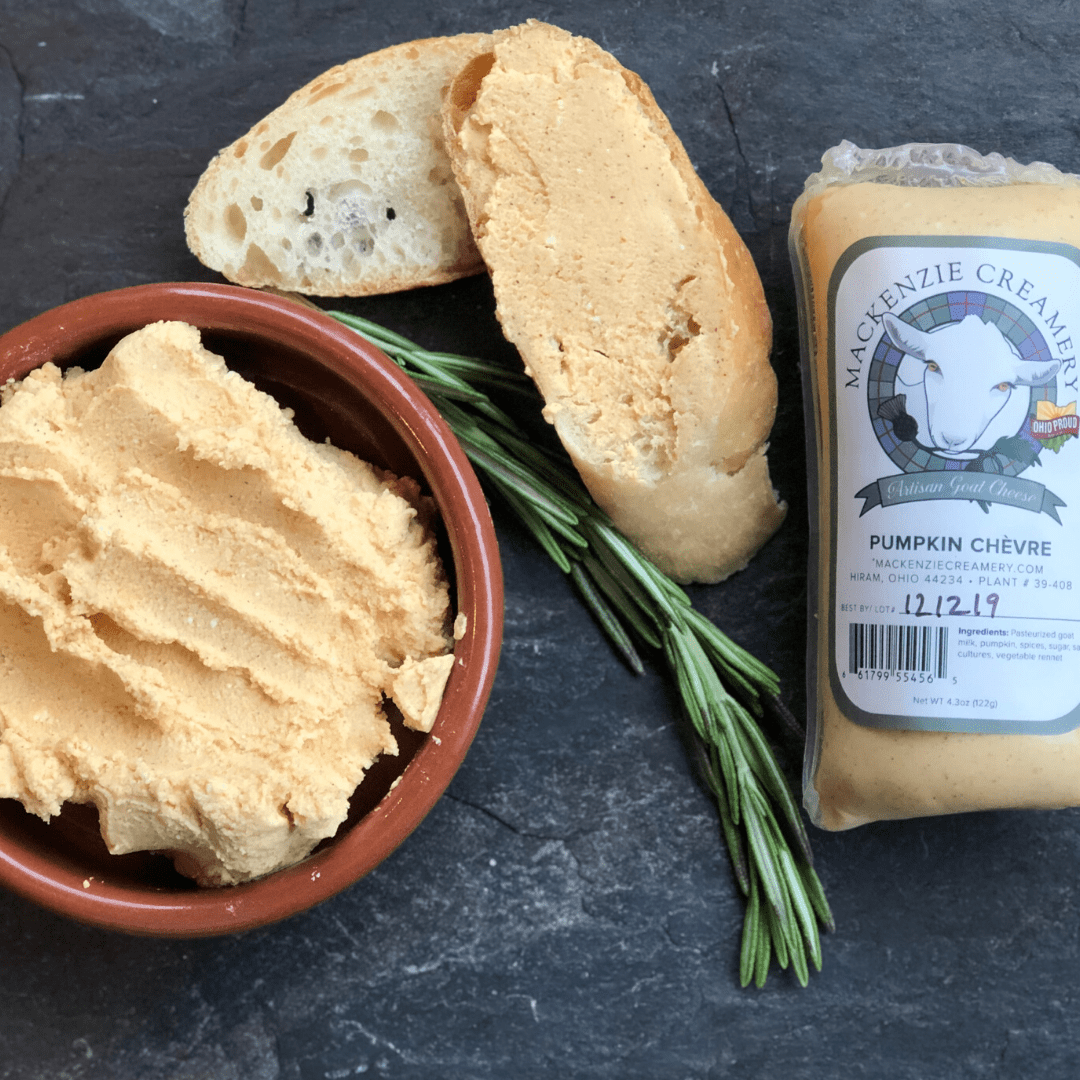 If it’s fall, it’s time for this special treat. Nothing says October better than pumpkin Chèvre from Mackenzie Creamery.

Mackenzie Creamery is known for its outstanding goat cheese. Its all-natural, handcrafted artisan cheese is made from hormone-free goat milk from local farms. Mackenzie uses traditional methods to create its award-winning Chèvre.  You won’t find a smoother or fresher Chèvre anywhere!

The pumpkin Chèvre takes all that rich goatiness to a new level.  By adding pumpkin purée, cinnamon, and ginger, Mackenzie has created a seasonal favorite that is rich, sweet, and earthy.  Every bite will remind you of pumpkin cheesecake. Try it on top of a graham cracker or with a slice of fresh apple.