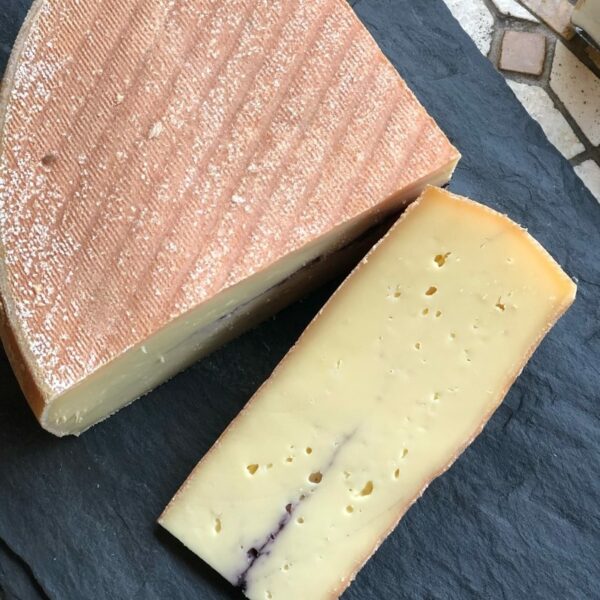 print
Montboissié is a Morbier-style cheese that is produced in the highest part of the Jura Mountains in a small farm village in the Franche-Comté region. It dates back to the 19th century when producers of Comté cheese decided to make a smaller cheese from the day’s leftover curd for their own consumption. They’d sprinkle the curd with ash to keep the cheese from drying out overnight. The next morning, new curds were laid on top of the thin layer of ash and the wheels were pressed and washed with brine to form a protective rind. Today, Montboissié cheese is made from raw cow’s milk and from a single milking.  The ash is added for purely decorative purposes.

Because it is a washed rind cheese the aroma of Montboissié is fairly pungent. However, its flavor is surprisingly mild with a supple silkiness that gently cloaks a slightly nutty aftertaste. Its springy yellow-ivory interior houses a complex taste including subtle hints of fruit and fresh hay that pairs well with fruity white wines. 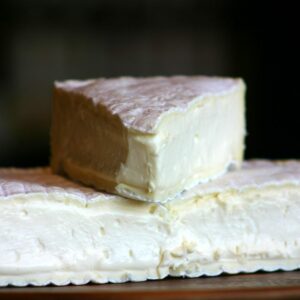 Add to Wishlist
Remove from Wishlist
$18.99 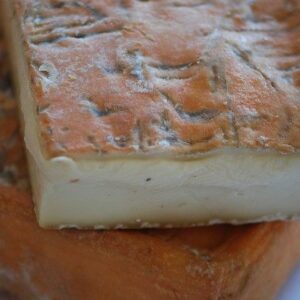 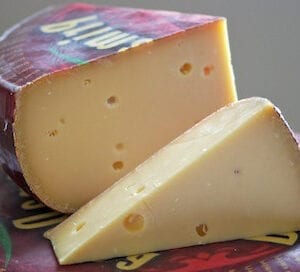 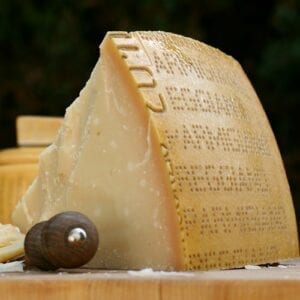