The Allure of French Cheese

If you’re a Francophile like me, or just wish life had a bit more Parisian flare, Monday was a great day to party like it was 1789. In France, July 14 is Bastille Day, the country’s most important national holiday commemorating the day in 1789 when peasants stormed the Bastille prison sparking the French Revolution and ultimately ending the corrupt reign of King Louis XVI.  So what does the birth of the French Republic have to do with cheese?  Everything, if you’re a cheese lover.  If it weren’t for the Revolution we would have missed out on three of France’s most famous and enjoyable cheeses.

Go to any fromagerie in France and you’ll see a display of cheese in every shape and size.  But one stands out with evidence of the Napoleon complex – Valençay [vah-lohn-SAY].  In 1799, Emperor Napoleon returned to France from a failed military expedition to capture Egypt.  He stopped at the Château de Valençay in the Loire Valley, a castle known for producing outstanding chèvres.  The cheeses stood about three inches tall and were shaped like perfect miniature pyramids. Upon seeing the Valençay, Napoleon went into a fearful rage, whipped out his sword and chopped off the tops of every one of them. 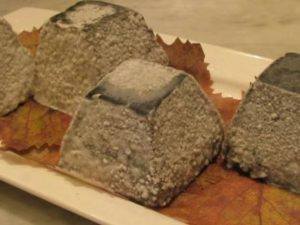 This little truncated pyramid is a classic mold-ripened cheese that gets better with age and is anything but short on flavor.  Dusted with a light coating of ash, it slowly develops a rind with considerable white, grey or blue mold.  When young it’s very moist, tangy and slightly nutty but evolves into a smooth, dense and lip-smacking cheese over time.  Choose the stage that you like the best (I prefer mine quite aged and mellow) and eat the rind or not (it’s not harmful and really does add flavor.)  To serve, simply cut into quarter sections and pair with light-bodied dry white wines such as Sauvignon Blanc, Sancerre or Albariño.

To Brie or Not To Brie

Next to Brie, Camembert is considered to be the most well known French cheese.  Legend has it that Marie Harel, a milkmaid from Camembert, invented this decadent cheese which bears the village’s name.  During the French Revolution, all Roman Catholic priests were required to swear allegiance to the newborn republic.  Those who refused were executed or forced into exile. Some chose to hide in the countryside while waiting for the end of the war and in 1790, a priest from Brie, Charles-Jean Bonvoust, supposedly sought refuge with Marie at her farm. In return for shelter, he gave Marie the “secret” of making Camembert cheese and is why it is her image that is printed on all labels of Camembert. 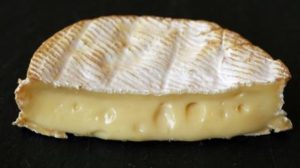 Authentic Camembert is from Normandy, an area of northwest France where Norman cows graze on rich soil scattered with apple trees.  Though often compared to Brie, artisan Camembert exudes a much more robust and complex flavor.  “Ah, see this is what true Camembert should look like,” my French cheese exporter said in his thick French accent.  He pressed the center of the small, plump wheel of cheese and it gently yielded to his touch like a soft pillow.  When he cut it in half, it oozed slowly from the middle and I suddenly felt my heart pounding a little faster.  Buttery, slightly salty, and hints of apple flavors danced together in my mouth.  At this moment, I didn’t really care if the story was true or not, I just thanked heaven for small wonders.

Camembert pairs beautifully with French Champagne and red wines such as Bordeaux or Beaujolais. Or do as the Normans do and enjoy it with Calvados, a locally made dry apple brandy.

My favorite revolutionary cheese, Brillat-Savarin [bree-YAH sah-vah-RAN], was created by Henri Androuët in the 1930s. He named it after the famous 18th century Revolution supporter and French gastronome, Jean-Anthelme Brillat-Savarin, the author of the “The Physiology of Taste.”  This epic tome became one of the greatest writings in food history and led to France’s reputation as the epitome of haute cuisine.

His most glorious words, “Tell me what you eat and I will tell you what you are”, exemplify his intense love for food and quality ingredients.

It’s no wonder his namesake is the most decadent and luxurious style of cheese in France and one that I cannot imagine living without.  Brillat-Savarin is a triple crème cheese made by adding more cream to the already rich milk to achieve the required 75 percent fat content.  The texture is utterly smooth and creamy underneath a downy white rind.  Taste it and be ready to be pampered.  Imagine the perfect balance of whipped butter and salt.  Today I’m finding more creative versions of Brillat-Savarin with the addition of truffle paste, ground mustard seed, fig jam and herbs. There is even a version called Affiné which is simply an aged Brillat with much more pronounced flavor. They do make interesting cheeses, but why mess with perfection. 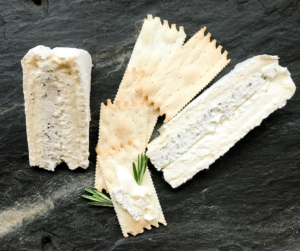 Brillat-Savarin requires an equally luxurious drink partner; I recommend Chardonnay from Burgundy, Bordeaux, or go all out and splurge for the bubbles of Champagne.  Ironically Brillat-Savarin was once quoted as saying:  “Burgundy makes you think of silly things: Bordeaux makes you talk about them, and Champagne makes you do them.”  I think, maybe, it was the cheese.

Did you know:  During the French Revolution, Louis XVI’s last wish was supposedly for a final taste of Brie.