Kathleen Lyons
Feb 27, 2020 Blog, Cheese Comments Off on Leap Year Cheeses
print
This year, we have an extra day given to us because it’s a Leap Year. Try these amazing Leap Year cheeses. All rare finds. And all delicious. 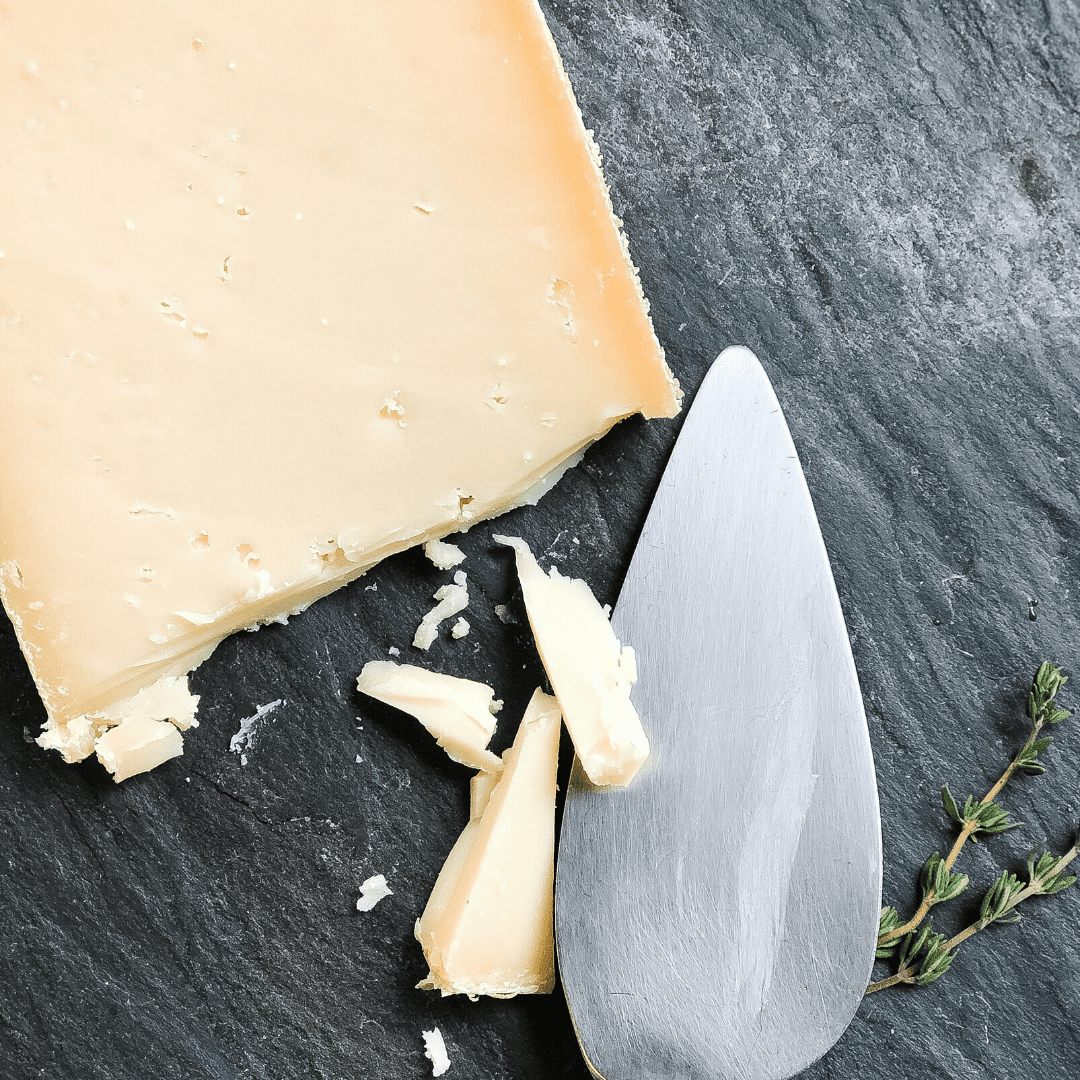 Part of the Point Reyes Farmstead library collection, this cheese is handcrafted using traditional methods and is probably one of the most special cheeses Pt. Reyes produces.

Named “Best Cheese of the Year” at the 2019 California state fair, Secret Gouda is creamy yet highly crystalized. Cheese connoisseurs prize the many protein crystals and the “Gouda tears” that weep moisture from the holes created by the crystals. It has the full flavor of a Toma, but with the aged crystals, it will remind you of Prima Donna.

It’s called “Secret” because it is so rare. It takes a lot of cave space to age 20 lb. wheels of Gouda for 2 years, especially when you consider that most cheeses go to market within 90 days. That’s why this cheese was made only sporadically, sold only in California, and given the street name “Secret Gouda.” Over the past few years, Pt. Reyes has greatly expanded its facility and now, for the first time, “Secret Gouda” is available in Annapolis.

Shave a bit onto roasted vegetables, add to mac and cheese, or add to an arugula salad to take them to the next level. Ina Garten’s arugula salad would be fantastic with Secret Gouda.

Ardi Gasna, which means “sheep’s cheese” in the Basque language, is rich, milky, slightly tangy, buttery, and with light earthy undertones. Sounds great, right? It is. And as it ages, it just gets better! You’ll love the perfect balance between sharpness and mildness.

It is uncooked, pressed, and then aged for 4-6 months. This traditional “fermier” (farmstead) cheese is made from whole ewe’s milk from the Pyrenees in southwest France. Each spring, shepherds and their herds make the trek up the mountains to provide the sheep with lush grasses and wildflowers. Shepherds descend with 10-lb. wheels of cheese that they store and age until ready for market. You can taste the wild herbs and grasses in the cheese. Sheep cheese lovers, rejoice! 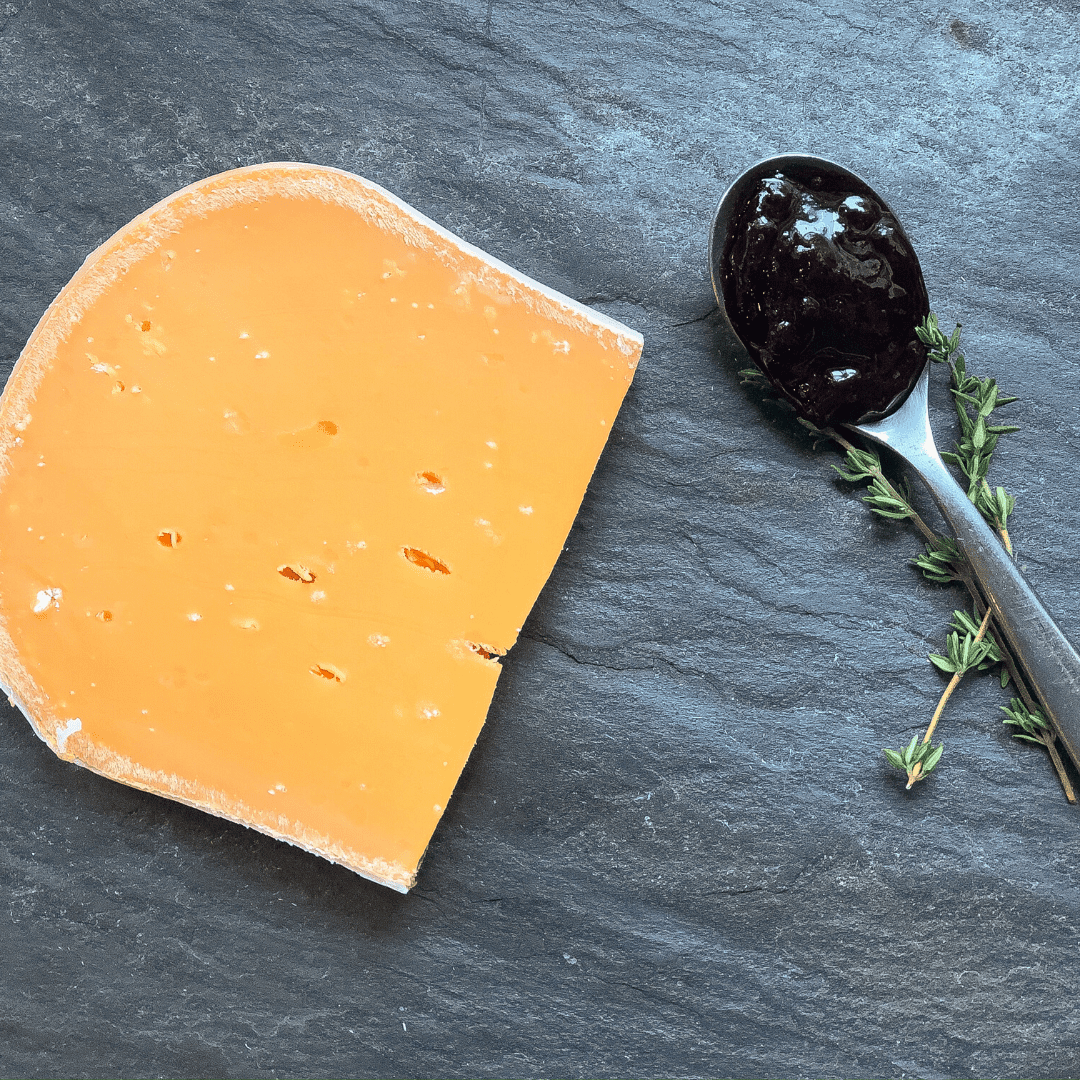 This nutty, salty cheese is the very definition of “snack worthy.” Set it on a cheeseboard and watch it disappear. Its popularity comes from its super crystals, and when you crunch down on them, you’ll think you’re tasting a 3-4 year aged Gouda.

Made in Holland, Dutch Mimolette is an aged Edam that has been colored with orange annatto, a natural food coloring. It closely resembles French Mimolette, but it is covered in wax. As it ages, the interior darkens to a deep orange and the texture becomes hard and brittle. For best effect, slice it into thin shards.

The Dutch cheesemakers use only high quality milk in their Mimolette and that translates into a quality, flavorful cheese. This aged Mimolette is perfect for the cheese novice and the picky connoisseur alike.