Memorial Day is the unofficial kick-off for summer, but it’s so much more than that. It’s a day to honor men and women who died while serving in the U.S. military. Let’s not lose the importance of their sacrifice while we celebrate the beginning of summer. They kept our country safe and gave their lives for our freedom.

On this Memorial Day weekend, we are focusing on things American. It’s a weekend to show our patriotism, and that’s why we selected three great American cheeses for our tasting this Saturday.

What’s the difference between “American cheese” and “cheese made in America”? Everything! “American cheese” – that unsavory, tasteless block of orange processed cheese (often “cheese food”) – bears no resemblance to the excellent artisanal cheeses made on American farms.

While such “cheese” is still popular in the U.S., Americans are turning more and more to artisan cheeses. Here are three award-winning examples of the best cheese that America has to offer.

College sweethearts Julie and Tony Hook made their first cheese more than 40 years ago. Hook’s Cheese Company now makes more than 50 kinds of cheese – all handmade. To give you an idea of the craft that goes into Hook’s cheesemaking, consider this: cheesemaker Julie Hook is the only woman to have ever won first overall in the World Cheese Championship. For a glimpse at what makes Hook’s cheese so special, see this video.

Hook’s Original Blue is a Danish-style blue that has won a series of awards at the Cheese Championships. The secret to its sweet and tangy taste is the cave in which it is cured. Kept at a high temperature and with high humidity to allow the blue mold to develop, the cave ensures a dense and creamy blue. Most blue cheeses are aged for a couple of months, and to find one aged for a full year is unusual to say the least. It’s a cheese for connoisseurs! 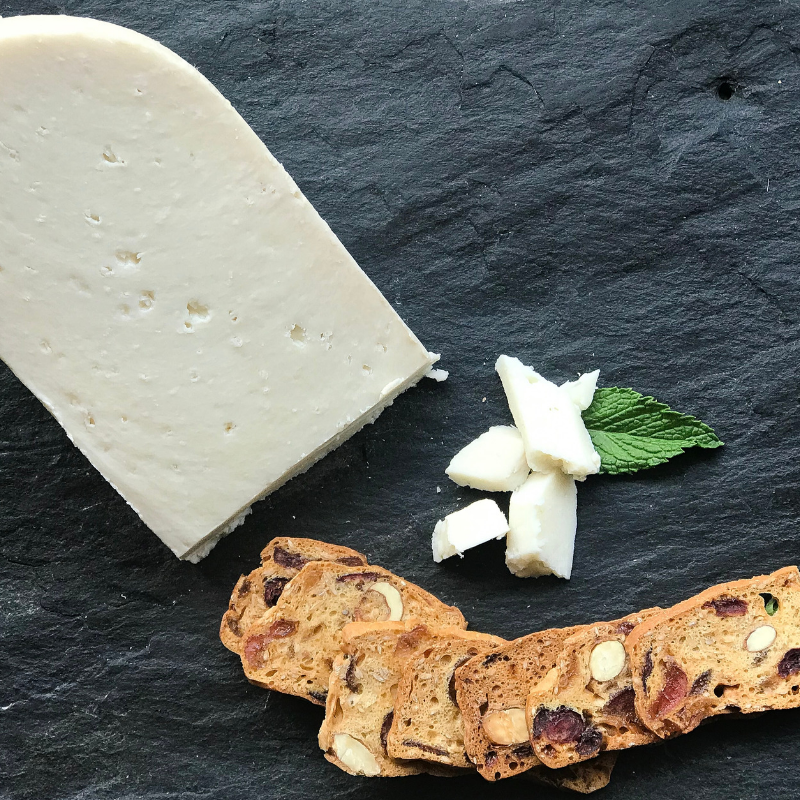 Firefly, a Maryland producer from Garrett County, takes deserved pride in its cheeses and its environmental practices. Its cheeses have won nearly 100 individual awards of excellence.

Firefly uses no artificial flavors, preservatives, or other additives. Only the freshest local milk is used. Firefly has a contract with its dairy farmers to ensure that they operate humanely and restrict the use of antibiotics, hormones, and animal feed that are treated with chemical or synthetic fertilizers. No wonder Firefly cheeses taste fresh, clean, and delicious.

Cave Dweller is one of Firefly’s newest creations. A sharp, dense, Italian-style cheese, Cave Dweller gets its name from the fact it is aged for more than two years and left untouched the entire time. Softer than Parmesan and harder than Provolone, it gets harder as it ages. As it ages, Cave Dweller gets sharper and sweeter, and crystals begin to form. A versatile cheese, it is a real crowd pleaser and is great for just slicing and eating.

A Raclette-style cheese, Reading (pronounced “Redding”) gives the Swiss a run for their money. Ideal for melting, its creamy interior and subtle but complex flavors rival that of Alpine cheeses. Reading won first place in its category at the 2017 American Cheese Awards.

Not only does Reading taste unbelievably good, it also does good. Through its “Farms for City Kids” program, Spring Brook brings urban pre-teens to the 1000-acre farm to spend time learning while helping out on the working farm. While the actual cheesemaking is left to professionals, the students can watch the process and learn how the milk is turned into award-winning cheeses. Cheesemaking provides the financial support for the foundation, and so you can do yourself and the children a good turn with every purchase.