We’re getting ready for Father’s Day and preparing to shower our Dads with “World’s Best Dad” coffee mugs, new barbecue mitts, and some great cheese! We’ve got some terrific meaty and cheesy gifts for Dad.

We hope to see you on Saturday for some cheeses we know your Dad is going to love!  And we have an extra-special treat for you! Not only will you be able to sample three fantastic cheese, we’ll also have a special demo of Stefano Anfosso products, including pestos with trofie pasta, and mushroom risotto. Come on down to our cheese and gourmet products party. Oh, and did we mention: we’re also sampling some delicious salami? Be there or be square! 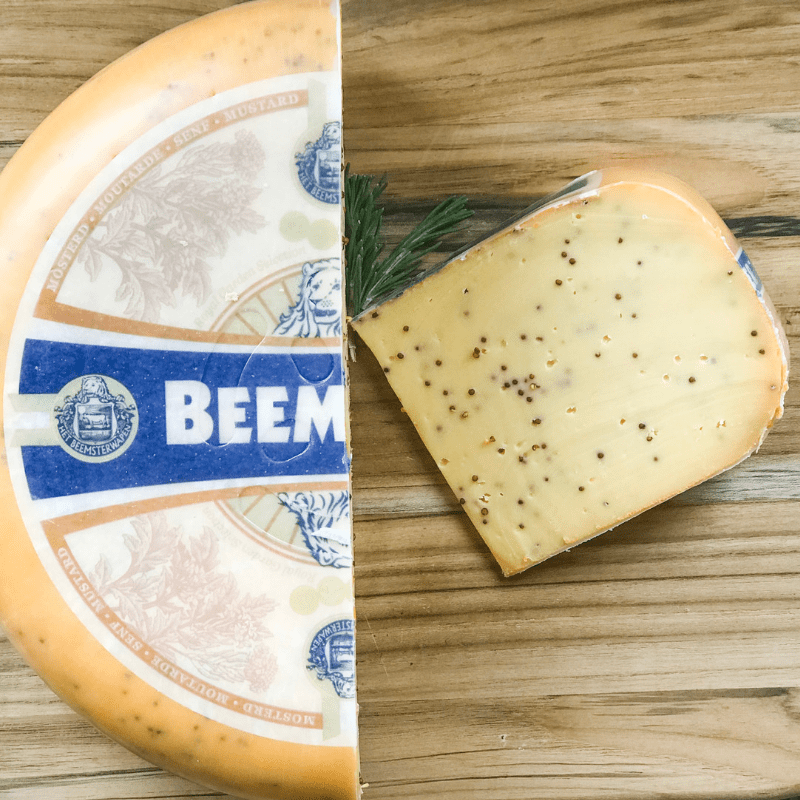 In Holland, the Dutch eat mustard with their cheese. Sometimes, they dip pieces into mustards. Other times, they simply spread mustard over the cheese. Beemster (pronounced BAME-ster) short-circuited the process by adding mustard seed directly to the cheese itself.

A good anytime cheese: use Mustard Seed Gouda when you want to add extra cheesy gooeyness to your breakfast and luncheon dishes, or simply enjoy it on a cheeseboard. The creaminess of the cheese, offset by the spice of the mustard seed, creates a well-balanced taste. And aging it for just one month ensures that the cheese retains its softness.

Beemster is a coop formed by farmers that produce cheese from the milk of cows that graze in a polder formed from blue sea clay.   The unique taste of their cheese quickly attracted attention and the Beemster co-op was able to charge a premium for their milk and cheese. The co-op provides cheese to the Royal Court of The Netherlands as well as to Ben and Jerry’s European division. Pretty good bona fides, wouldn’t you say? 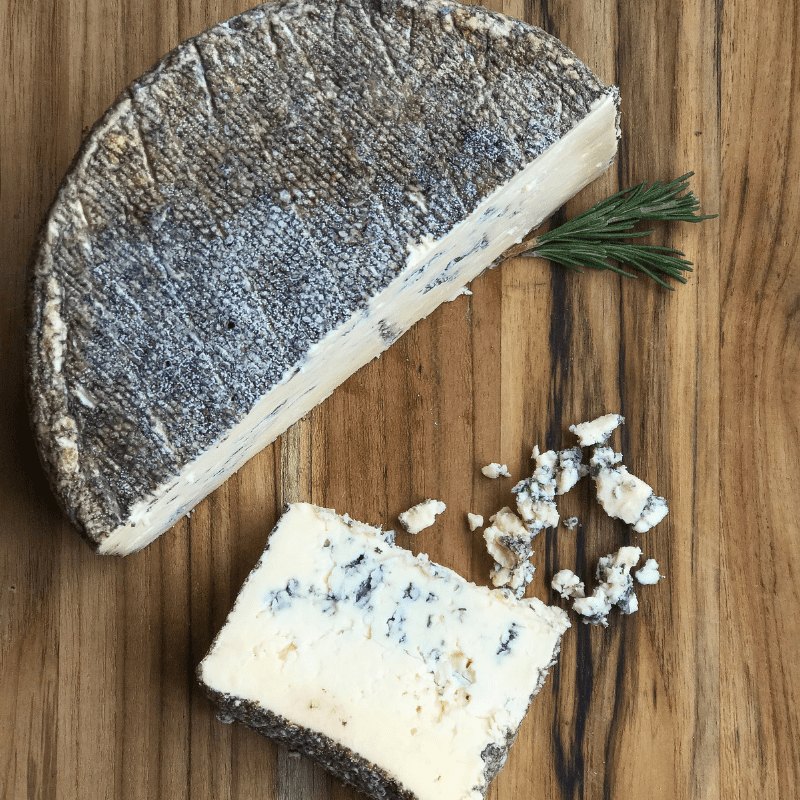 Caveman Blue is a rich, complex blue that ripens from the outside – unusual in a blue cheese. Another standout feature is that Caveman Blue is certified Organic. It gets its name from the area in which it was created: near Oregon Caves National Monument. Your inner caveman is going to love it!

Cheesemaker Jason Garcia attributes the unique taste of Caveman to the exterior mold: “The exterior mold grows, and this growth generates more enzymatic activity, not just on the inside, but outside as well. These enzymes work to break down proteins and fats in the cheese and this breakdown is a big part of how certain flavors are generated.” 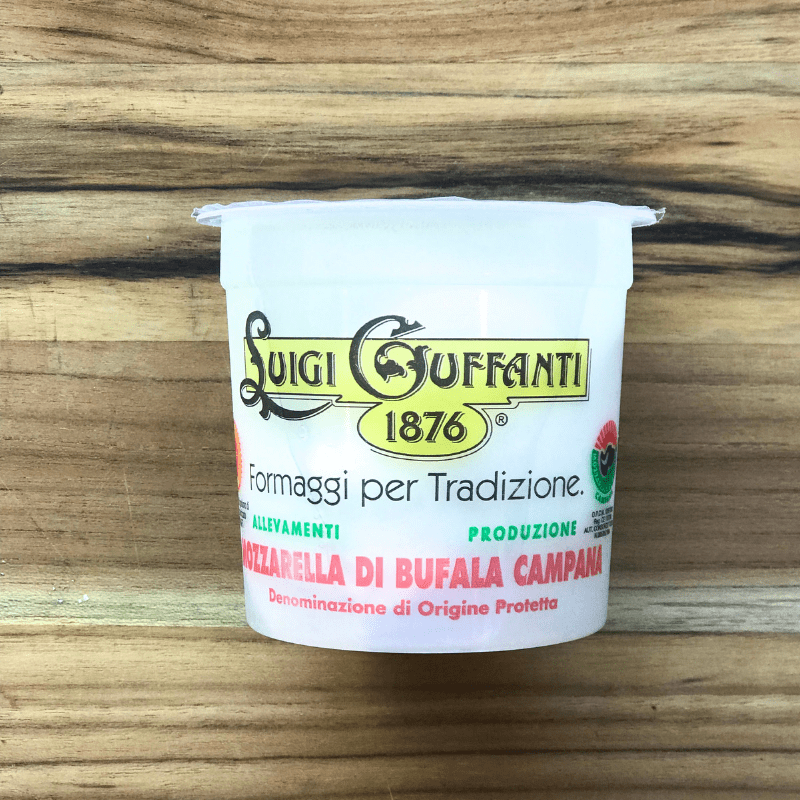 Sometimes called “the queen of the Mediterranean cuisine” or “white gold,” Buffalo Mozzarella is highly prized in Italy and elsewhere.

The term Mozzarella comes from the process called mozzarre, which means cutting by hand. In so doing, the cheese curd is separated into small balls.

This is a cheese you must have a room temperature since it loses its flavor when cold. For a fresh Caprese salad, slice the Mozzarella, alternate the cheese with tomatoes, and add fresh basil and olive oil. Layer it onto real Neapolitan pizza Margherita. Use it as an ingredient with salads and an endless variety of pasta dishes.