Hello, cheese lover!  Come and get me.  I’m a spectacular English cheese and I’d like to show you how great I am for breakfast, for lunch, for dinner, or for just snacking.

Britain produces more than 900 varieties of cheese – that’s more than France or Italy or the U.S. That’s an even more remarkable statistic when one considers that cheesemaking in Britain went into serious decline in the 16th century when King Henry VIII issued his edict to close all the monasteries. The effect on cheese production was felt immediately as cheese was made only by peasant farmers and by monks.

After partially rebounding, the cheese industry was again almost entirely wiped out during World Wars I and II. During WWII, only one kind of English cheese was made. Fortunately, the latter half of the 20th century showed a strong resurgence in artisanal cheese making. Cheese exports are now way up, and English cheese is much sought after.  Even the French are showing a great liking for UK cheeses!

Many cheeses are named after the place they were made; Cheddar, Wyfe of Bath, Double Gloucester, and Stilton are among the most famous. This weekend, we’ll have three of those bright and delicious cheeses for you. 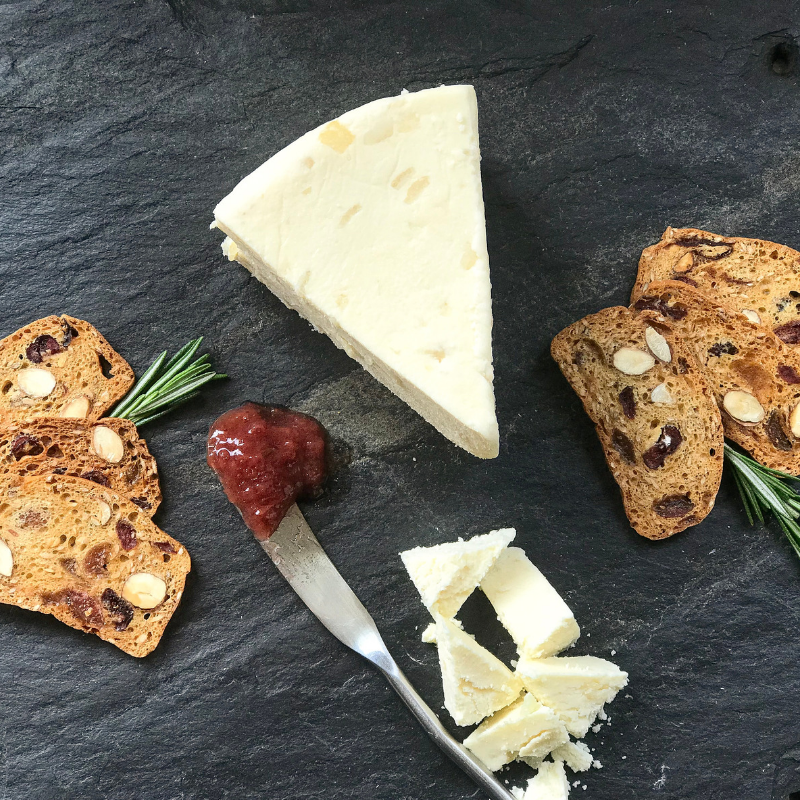 When one thinks of Stilton, one typically thinks of a lovely blue cheese. Time to expand your horizons! This Stilton is white and not as well known as its sister, but it too has the status of protected designation of origin (PDO). The PDO ensures that it is made according to strict code and in a specific geographic area (the three counties of Derbyshire, Leicestershire and Nottinghamshire).
Your first taste will scream “cheesecake,” but look beyond that and serve it in salad or for breakfast. Here’s a great recipe for Lemon Stilton and Green Salad. Or try this recipe for White Stilton Pear and Apple Pancakes.
Origin: England
Producer: Clawson
Milk: Pasteurized cow
Rennet type: Vegetarian
Rind: Natural
Age: 9-12 weeks
Look: Crumbly, creamy texture; off-white color dotted with real lemons
Feel: Semi-soft
Smell: Sweet, pleasant
Taste: Sweet, tangy, lemony taste. Like a slice of fresh cheesecake!
Pairs well with: Remarkably versatile, you can serve it with ice cream or anything chocolate, but it is equally delicious crumbled on salad. Try it with fresh fruit and granola for breakfast.
Tastes good with: Dessert wines, port, white wines. A well-balanced Sauvignon Blanc will complement its tart-sweetness. 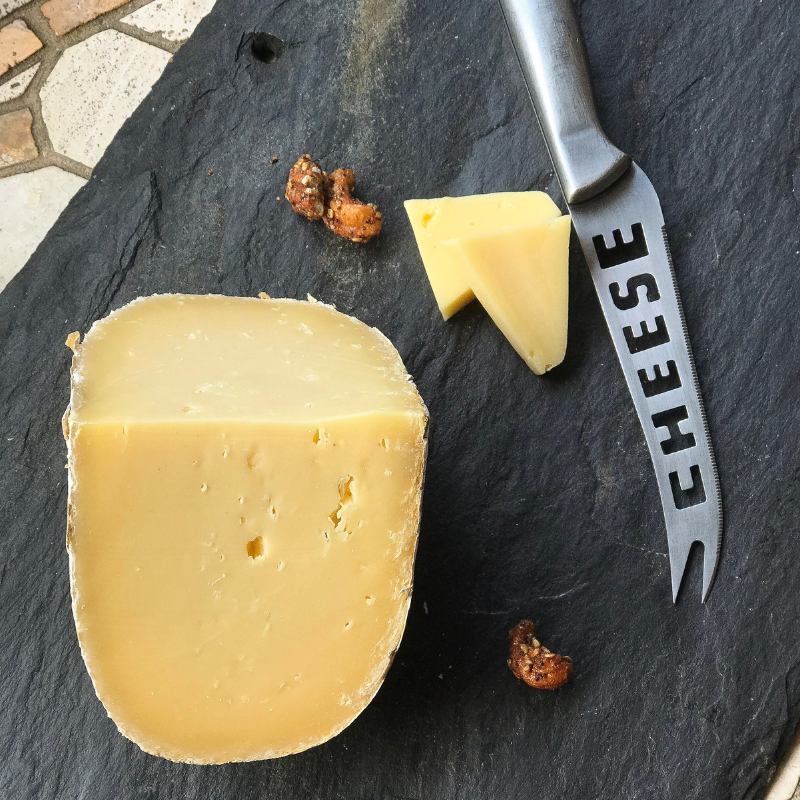 Wyfe of Bath takes its name from one of Geoffrey Chaucer’s most vocal characters in The Canterbury Tales. The Wyfe of Bath is unconventional and lusty, and so is this cheese. A farmhouse style cheese, this Wyfe is sweet and rich and brings us the succulent taste of summery, buttercup meadows.
Handmade from a single herd of Hoslstein Friesian cows, Wyfe is created from historic recipes, and much attention is paid to the details that guarantee its excellent taste and texture. For example, the curd is placed in cloth-lined baskets, giving the cheese a distinctive rind with basket marks. Its flavor is similar to Gouda, but it is moister and has a springy texture, thanks to its gentle pressing. Gold winner at the 2017 Artisan Cheese Awards.
Origin: England (Bath region)
Producer: Bath Soft Cheese Company
Milk: Organic, Pasteurized cow
Rennet type: Vegetarian
Rind: Natural
Age: 1 year plus
Look: Creamy, light caramel color. The wheel is shaped like a basket.
Feel: Semi-hard
Smell: Buttery
Taste: Nutty, sweet, mellow with a lingering creamy finish
Pairs well with: Cured meats
Tastes good with: Rosé, pale ale